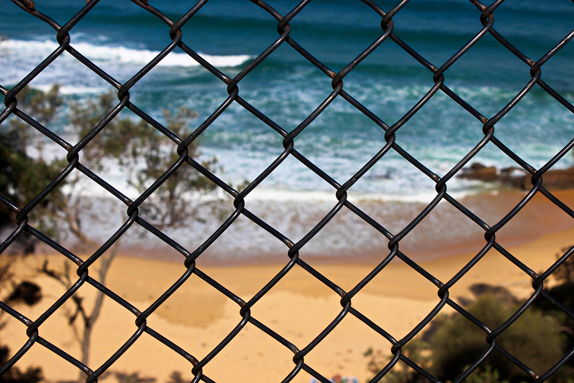 How your “Fuck This!” moment changes everything

“I’m going to quit my job and travel the world.”

How often are these statements followed by action — real action?

We also all know people who take the tiniest steps only — who set up a LaunchRock coming-soon page, but never launch.

And often those people we know are actually… um… us.

We make pronouncements. We make plans. We fantasize about the future. Then we do nothing but stew in the juices of our own inaction.

If you want something, why won’t you work for it?

Every time you say you want to do something but don’t, a little part of your trust in yourself dies. But nobody wants to feel untrustworthy.

That’s why there’s always an excuse.

But these reasons are just window dressing.

The real reason is far deeper, and far simpler:

The pain of not-doing it doesn’t outweigh the pain of doing-it.

After years of teaching grown ass adults who have everything they need — money, skills, experience, position — who nevertheless do everything in their power to sabotage themselves, who make every excuse in the book, lemme tell you…

The biggest indicator of change is actually wanting to change.

You can have all the money, skills, knowledge, connection and fame you want and still live another 365 days that were a carbon copy of the 365 days before them. Believe me, I’ve watched so many “successful” people do nothing that they claim to want to do.

No, thinking that you should lose weight, or should spend more time on your hobbies, or should start marketing, or should finally write that book in 2015 is not enough.

“Shoulds” are an attempt to beat yourself into submission.

And it doesn’t work. A beaten horse is still the exact same horse it was before, plus bruises.

“Shoulds” are a type of forced incentive. They’re a stick. And they don’t work. Or maybe they work up to a point, beyond which you rebel against that vaporous “authority,” when the going gets tough.

When you say, “I should…” you are actually saying “I have to strong-arm myself to do this.”

When you claim to want something, and don’t act on it at all, you’re saying to yourself (and the world): You don’t really want it. You only want to want it.

You want to be the kind of person who wants it, or who has it already.

So, you can say “I should change” or even “I want to change” til you’re blue in the face…

But… if you don’t pick up a book, ask a question, make an effort, spend 5 minutes a day doing different, your life will never change.

You are defending the status quo with your very life. 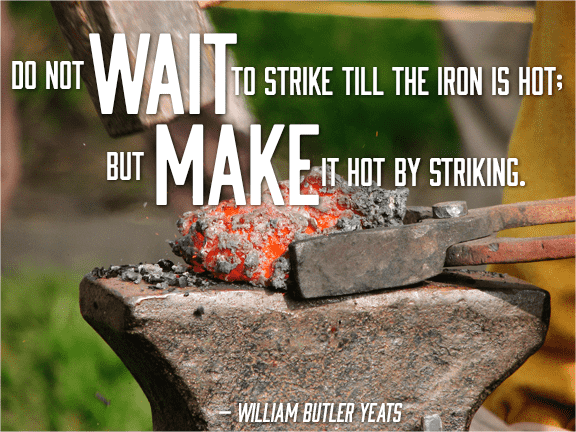 We’re tired of watching you sabotage yourself.

Over the last 5 years, Alex and I have helped our students earn well over $3 million in total from software, ebooks, video courses, and workshops.

Skill, experience, fame — not ONE of these is a reliable indicator of success. Not even all of them together!

This came as a huge and unwelcome surprise. Way back in the beginning, I thought: Hey, these students have everything it takes, they just need me to point out a better way of tackling this problem. Ha! If only.

So I beat my head against the wall, watching my skilled, connected, capable students sabotage themselves. I thought, If you have everything you need, why won’t you do what you want?

I figured that didn’t make sense, so… the problem had to be with how I was teaching.

This kicked off five years of evolving the class:

Every change helped… some of it quite a lot.

But none of it solved the problem. There were (and are) still students who lurk, stop doing the exercises, and never ask for assistance, and slowly disappear.

More than a few of them resurface months, a year, even two, three years later, and then they start applying the lessons and then they experience results.

(Recent example: Pat Maddox, who took our class, dicked around for 2 years, and then finally got his shit together and did very well indeed.)

As it turns out, there are many things we can do to help our students achieve what they want… but only if they really want to do it.

What is the difference between the students who could do, and the ones who did?

It turns out, all of our best students had a similar experience before they went on to execute and reap the rewards. Every last one of them.

There was a moment where they looked up with crystal clarity and said,

Oh man. Fuck this. This is not going to go on. This stops now.

Sometimes this was after a life-altering event — a death in the family, a health scare, a job loss, a failure, an acqusition, a marriage, a big move, the birth of a child.

But sometimes it was nothing more than one fiery, golden moment when years of suffering the status quo became too much.

It’s that “Fuck THIS” moment (FTM!) that proves to yourself that you are ready. That you are serious. It’s striking a match to the kindling of your life.

As Yeats wrote, “Do not wait to strike till the iron is hot; but make it hot by striking.”

How to have your “Fuck This!” Moment

If you haven’t had your FTM, if you’re always telling yourself and your friends your grand plans, what you’re going to do, but never doing it… if you’re facing down another year just like the last one… and you’re not happy with the prospect… it’s time to cultivate your FTM.

You can, you know. You don’t have to wait for a huge outside event to force your hand.

You don’t have to wait til life gets worse (although that’s a popular choice).

You can make the iron hot by striking.

You can cultivate your own FTM it by sitting down and thinking really hard about your life as it is today, and what sucks about it… that you can change… and how that suckitude affects you every day.

Yeah, that’s the exact opposite of gratitude.

Yeah, I’m encouraging you to have a bitchfest.

This is really happening.

That’s why “Fuck This” moments usually come after a huge, horrible shitfest.

There’s not enough energy in the world to repress that shit, to deny what’s going on, so you finally face it, and blammo! Life-changing.

But you don’t have to wait til you have a huge crisis to change. You can cultivate an FTM on purpose.

A simple example: I want to be tidier. But “wanting to be tidier” is such a milquetoast feeling. It’s a “should” in sheep’s clothing. So when I want to get fired up, I think about all the little moments when I look at a mess, and feel bad, and stuff that feeling down so I can get along, and holy crap how much time am I wasting feeling bad? How much energy does that repression take? Less than cleaning up (or hiring help), I can assure you.

And it’s not that I “want to be tidier” but that I want to live in a tidy home, I want to feel the satisfaction & power of seeing a problem and fixing it — of acting to improve my own life, my own self. Or avoiding the problem altogether.

So I’ve been cultivating that FTM repeatedly… and using it to fuel the motions of picking things up when I see them. And when it became too much for me to manage, I used that frustration and overwhelm to hire some help. And that made every difference.

You can use the same process to get over your superficial excuses about why you can’t start that blog post, publish that blog post, write that sales page, talk to that person, do that research for just an hour a day.

The real secret is… the iron of suckitude is already hot.

All due credit to Mr. Yeats, you don’t have to strike it. It’s already red hot. You just can’t feel it through the layers of self-protective bullshit it’s swaddled in.

Better unwrap it and deal with it now, or some day your life is going to catch on fire.

Fired up? Here’s how to get started

Need some guidance on where to start? I’ve got two things for you.

First, if you’re invigorated on staking claim to reality & action, read my essay below, and see how much of yourself you recognize in it… and how badly those attitudes are serving you:

Read Why blacksmiths are better at startups than you.

And if you’re already ready to say “Fuck This!”?

Get serious with an action plan.

One more note about acting…

A lot of folks don’t act because they fool themselves into believing they have to “be ready.” That’s a lie, plain and simple. Acting is what makes you ready. Acting, when you start, can mean buying a book, asking a question, making a list of 5 to-do’s that will get you closer to knowing what you need to do & how to do it. To figure out what you can do to find out.

If you can read this on the internet, then you can act now. It’s that easy.