It’s been a crazy fucking year.

A mixture of horrible things, wonderful things; a mixture of things that happened to me, and things I made happen. It wasn’t boring for a single second. (“May you live in interesting times” - a curse indeed.)

My year really kicked off, in October 2014 — yes, yes, I understand the Roman calendar system, but that’s when a critical chain of events began to rattle and slink its way around my life. That’s when I woke up to a cryptic voicemail from a lawyer telling us the new owners of our office building needed us to vacate in a month.

The legal details are boring but the bottom line was: We needed to leave. Which meant we needed a new place to be. 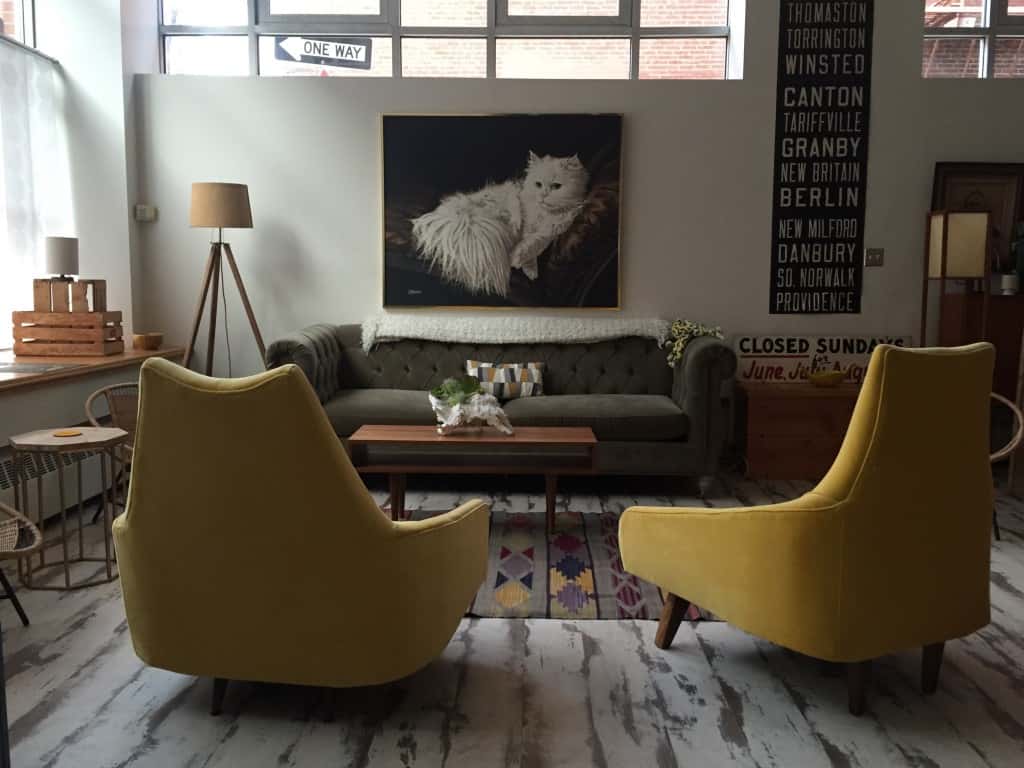 the lounge in our new office - behold the windows! the light! the floor!

The insanity had begun and didn’t let up for the next 14 months.

There were high points, too, of course.

Let’s start at the end.

That last one isn’t exactly of the same type of update but it’s a very good thing because holy shit I need a vacation. I am never working this hard again. Ever. EVERRRR.

And barring total economic disaster, I won’t have to.

This was an investment year and the dividends are gonna keep paying off:

Payoff #1: Alex and I turned 30x500 into an absolutely epic standalone product.

That means we can sell it here, we can sell it there, we can sell it everywhere. No more class-size constraints. We can do all the things that never made sense — rolling launches, packages, split-testing and experiments, and more. We can also invest the time to widen our funnel and it will be worth it (whereas before we always had a fixed number of seats available so no, it didn’t make sense).

Now we can scale! OMG! (And work far fewer hours while doing so, which was my goal from the outset.)

And after a year of investment in research, processes, pricing, and features — we realigned Noko for a different type of customer. And we developed the sales process to secure them. The result? We doubled Noko’s LTV from $1,300 to $2,600. And Noko had its first six-figure month. A six-figure month!

That was down to prepays, yes, but our daily billing right now is better than it was in November before the prepay rush.

MRR today is the highest it’s ever been. 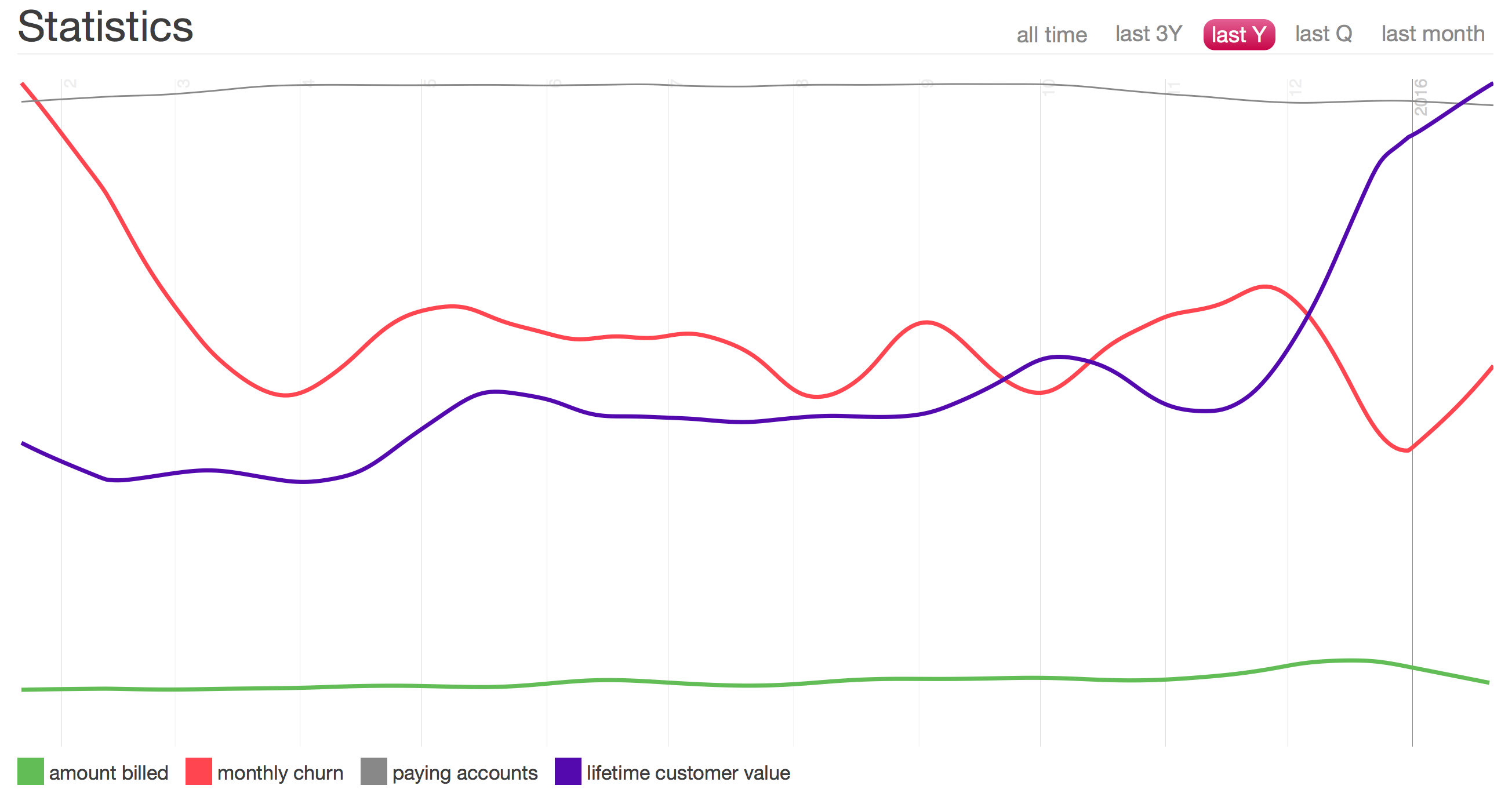 And even though I keep using the word “we” in the paragraph above, the most beautiful thing of all is that 97.5% of that is down to my team — Thomas, Cannon, Amber and Rasa. I didn’t have any emotional or intellectual bandwidth left after 30x500 and the other crap I had to deal with. So I mostly just popped in to dispense advice from time to time, like the world’s most annoying Yoda. I set up the team, I guided the team, we set the goals… but they did all the work. They came up with systems. They executed them. They made it rain!

Which, to me, is amazing.

It was my Year of Hustle all over again.

Worth it. Even though it hurt. A lot. I’ve done this before:

as of this morning, up to $712 of revenue from Noko. not bad for month 1, huh!? especially since that 1 month is december. woo!!

It was worth it, but it still hurts.

And it wasn’t even that I worked crazy hours — I can’t even work a 40-hour week — but that the work itself was so challenging. The stuff that makes 30x500 amazing is also what makes it a nightmare to design, develop, record, produce. I put my brain through the ringer and drained every drop. (Alex did, too, but I’ll let him speak for himself.)

I had nothing left over to read serious books, watch anything but the most frivolous TV or movies, or go to social events. And what little downtime I had was often spent sick — from a long-lasting concussion (long story), whiplash, bronchitis (twice), 6-week stomach virus, etc., and general insurmountable fatigue and pain from my chronic illness. (Stress was a huge contributor, I am certain.)

Plus there was that fun time last February where both our office and house roofs leaked at the same time. Did I pluralize roofs right? I don’t even know because how often do both your place of business and home leak simultaneously what the fuck. This was right after our house heat was out for 3 weeks… and right after we’d gone through the trouble to repaint that room.

And the time our accounting firm — who, I later learned, committed malpractice — fired me. In the middle of a crisis that they had created. I have never before truly screamed in public but when I read that email, I’m not ashamed to say I did.

Oh and that one time our former business insurance agent tried to sabotage our new office.

And, um, then there were the two people I had to fire.

You can probably hear the remnants of hysteria echoing in the above paragraphs.

It took a lot of emotional energy to not throw myself on the floor, pound it with my fists and scream “I won’t! I won’t! I won’t!” I’ve got self-control by the bucket load but even I have limits. There was no spare Amy left to spread around.

So while I didn’t actually retreat to a mountain cave — it sure felt like it. My world shrank to the size of a pinhole. I couldn’t interact with normal humans. I barely saw anyone who didn’t come to me.

There were times when I let people down because I just couldn’t even any more.

The office is done and very very spiffy. 30×500 Academy is done and simply incredible. Noko is going full steam ahead. Our team is grooving along beautifully. Our accounting situation is under control. It’s been a whole week since I’ve had something wrong with my body. All roofs I am responsible for seem to be keeping the outside out knocks wood.

Now all I wanna do for the next 3 months is hang out with friends, chill, read, catch some sun, roadtrip, see new places, look at some waves.

And because I put in the work… because I was willing to pour myself into work for a limited amount of time… I can.

I won’t actually chill the entire time, because I rarely go more than 2 weeks without getting the itch to create, but I will definitely do all those things.

My husband (and biz partner) and I bought a cabin in the woods. We’ve spent a total of 3 weeks there already. In February, we’re going on a roadtrip from New Orleans to the Keys. We’re going to Morocco in the fall.

I’m gonna finally renovate my kitchen (which is terrible), a project I dropped last year because I just couldn’t, couldn’t handle onemorefuckingthingohmyGOD.

I’m even gonna write some shit that has absolutely no bearing on business. About old houses, maybe! Or craft! Or travel! I’m gonna do things that don’t lead… anywhere. Things that I can do just for the joy of doing them. Just for fun.

And while I do that, my business will keep making money, keep helping people, and supporting the awesome team who make it happen.

Because I put in the effort in 2015. Because I invested in outcomes I could both control and own.

This year was a calculated effort to work less – forever. To create the systems and grow the people so we can scale our impact up while scaling our effort down. (And to do it all with our own revenue, so we are beholden to no one.)

So, all in all…a pretty good year.