This collection of success stories is wide-ranging…but far from complete! We want you to see the many different kinds of success that you can create for yourself using the techniques & approaches that we teach.

Our students & readers’ product businesses come in many formats, including:

Check back soon for more new stories and “where are they now?” updates from Stacking the Bricks alums!

Want to have your story featured for our readers? Email us to set up an interview!

Richard Felix had built over a dozen apps. What was different about Stunning?

“Like so many people, I was trying to come up with good ideas that could potentially probably maybe one day make money. That doesn’t work (or if it does, it’s because you get lucky, and that’s not predictable or sustainable). “ - Richard Felix

When you’ve taken 30x500, and then see people flailing, trying to find the right angle for an app that shouldn’t even exist… 😞

“It’s liberating, and addicting. Liberating because, unlike with a “job” or even putting all my eggs into a single SaaS basket, I’m in complete control of growth.” - Brennan Dunn

Justin Weiss put his side-project energy into building a side-business.

“I didn’t get picked up on Hacker News, or Product Hunt, or see a bunch of success on Reddit,” he said. “My sales came almost entirely from my list, and from others who’d been recommended the book by people on my list.” – Justin Weiss

moaaaaar #30x500 success stories. i'm not hamming it up for the launch close monday, this one JUST came in :D :D pic.twitter.com/P8z0uNVoM4

Due to work and life, I had to take an extended break from working my product business over the last year or so.

Not bad for the time spent :-)

“I’m one step closer to my ultimate goal, which is freedom” he said. “I don’t think we were meant to spend nine hours a day in a dingy office. We were meant to be out there having experiences and meeting people. Now, I’m closer to that.” – Scott Hurff

…then, he used his experience to turn a traditionally published book into a best seller on Amazon

About a year after his second launch, Scott interviewed us for a writing project. He was asking questions about our product research process called “Sales Safari” and other best practices for product design and sales. You can even listen to that call. 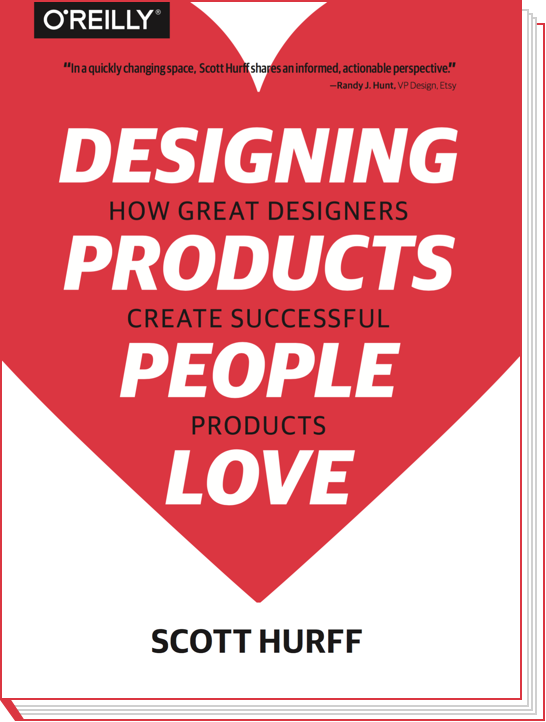 That project turned into a book deal with a major publisher, and soon after, a book called “Designing Products People Love”.

Scott used what he’d learned about launching products to send his book to #1 in Amazon’s web design category, where it still holds a rare 5 star rating . It even beat out the (excellent!) perennial design classic, Don’t Make Me Think.

Jason Forrest used 30x500 to transform his SaaS for truckers

Jason Forrest showed us this revenue graph for Rigbooks, a SaaS accounting tool he designed for trucking companies:

Notice where things change? Yeah. 30x500. And not just once, either.

First, things improved when he began 30x500. Then he continued to apply the 30x500 techniques - the Pain-Dream-Fix pitch (PDF), and redesigning the sales page to reflect further Safari work and 30x500’s teachings.

Every time he’s made an improvement, his revenue grew.

I literally can’t believe it. It feels like a completely different business.

Now I’m planning for the time when I can eliminate client work.

30x500 gave me the tools to grow my actual business, but I also learned what success looks like.

Like, it isn’t bad to work your ass off and “only” get 10 more signups — in fact, that’s good, solid growth.

The difference is insane. I used to get discouraged so easily. I don’t have to “go big or go home.” 10 people at a time is great. Even 1 person that turns into a customer is better than 100 drive-bys.

I used to believe that “if it won’t reach 1000’s of customers, it’s pointless.” So I would do nothing.

See what I mean? It’s not sexy. It’s not something you’d read about in Fast Company. But it creates results. 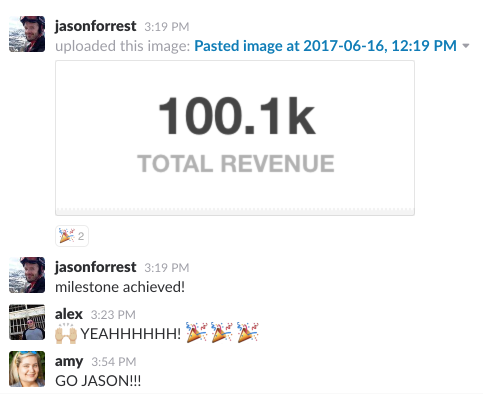 After slow-growth side projects and boredom at work, Dave’s first product earned $30k at launch!

“When you launch your own thing directly to the people you’re trying to serve, and they rave about it, there’s nothing that compares to that experience.” - Dave Geddes

What if I asked them if they were willing to let me work 4 days a week, with Fridays being for me? Not cramming 5 days into 4 — I mean 4 regular work days, with normal hours, and Fridays off, a day to devote to working on my own stuff. – Chris Hartjes

I made back the money I paid for the course on the FIRST DAY https://t.co/uLottwiE2t went on sale

Emile changed his entire lifestyle selling products. But first, he had to try.

We dare you to make it through reading this alumni email without smiling.

I am a freelancer and I reside in the Caribbean on an island known as Trinidad & Tobago.

I took your 30x500 course in 2014. I thought the methods you taught were quite revolutionary.

But, I did not implement the 30X500 techniques because I simply did not believe in myself. There are so very many smart people out there, so much smarter than I am, and I thought I would not be able to find a voice in the market place, especially being from an island in the Caribbean with a population of 1.3 million.

I started to use your 30x500 techniques. Even though I did not use them in the exact manner that you taught, I still was able to create a measure of success that is currently changing my entire lifestyle.

I did quite a bit of research (the 30x500 way) and it led me to create a short course on the Udemy platform. I have created 4 more courses since then. All in just 6 months.

Over the past 3 months, I have been averaging $1,200 / month. I know it does not sound like much but let me put that into perspective: The ratio of the US dollar to our local currency (called TT dollar) is US 1 to TT 6.7. So when I am really making TT $8,040. In my country, that figure is more than my average expenses for the month. And this is just the start. With the right strategy, hard work and some patience, I can grow the income even further.

Through your method I was able to find and build an audience. My audience is not large because my niche is narrow. But the people in my audience need, want and buy.

Need-Want-Buy has been burnt into my brain.

I almost cannot describe in words what this has done for me. My clients do not control my income any more, I DO. I feel more in control, more confident. I am so much less stressed. In fact I think my stress may be close to zero. I have always loved teaching so it does not seem like work when I have to create tutorials. I have so much more control of my time.

Even though I am not the smartest out there, my readers and customers see me as an authority … imagine that … simple ole me.

Amy and Alex, I could go on and on… I know that I have not implemented 30x500 in it’s purest form, there is much left to do, but I am going to keep refining the process, testing, learning and getting better and better at it.

But the bottom line is this … if I had not taken 30x500, I would not have been able to achieve this.

You all gave me the tools (that I never had before) to change my life. And even though am really far from perfect, I am in fact changing it.

HOW AWESOME IS EMILE?

The most powerful message in Emile’s letter is this: He believed in the process, but he didn’t believe in himself. He thought there was no way “little old me” could do it. He thought to himself: I have all these things stacked against me… I’m in a small country… I’m not famous… I’m not an expert… the things I do know are not super popular… I can’t do everything exactly as prescribed… and so, for a very long time, he did nothing.

But one day he woke up and said to himself: So what? I’m going to try anyway. I’m going to follow the steps to the best of my ability and see what happens.

And whaddayaknow? It turned out that all those “obstacles” didn’t matter after all.

Emile did have something valuable to share. He was able to help others learn and grow. And he is able to make money doing it! Even from his tiny island nation.

His thank-you note was a beautiful surprise in our inbox one morning. And I’m not a bit ashamed to admit it brought actual tears to my eyes. Yes, absolutely, I love making money — and I’m not ashamed to admit that either. But helping people take control of their own lives? To help them experience the joy of helping others, and making a living from it? That’s the real shit right there.

“Things are going well. I am making a living totally off of income from my courses on Udemy. Going to publish a few more courses this year as well as finally wind down consulting work permanently (Good Riddance!!!). For the first time in my adult life that I can take time off to do absolute nothing. So am reveling in it.”

Jim Gay had a product, but it wasn’t selling

Jim’s first product was a spin-off from his consulting practice. But nobody - even his clients, were buying.

Then he took 30x500. Nothing changed for a while. Then, two years later…Jim created a new product called Clean Ruby and did $10,000 in product pre-sales sales in a weekend. By the time the product was finished and for sale, he had grossed over $60k.

Rob Williams launched to one subscriber, and almost gave up. Almost.

The Safari experience was a little intimidating at first because I knew it would become the basis for the product, and even its marketing. I was scared I would get something wrong early on and mess everything up.

But then I realized the only way to fuck up the Safari is to just not do it. - Rob Williams

When Rob launched the first version of Workshop for freelancers, only one person signed up. He almost shut the whole thing down. 4 months later, he was earning over $10/k month in recurring revenue. What happened?