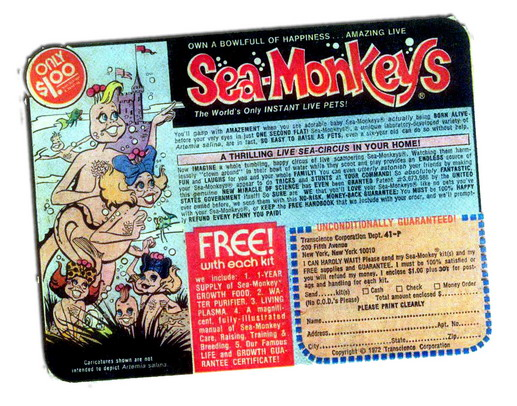 Hey, there. Four years ago this December, my husband & I launched our first software as a service, Noko Time Tracking. Since then, it’s grossed nearly $700,000, and we’ve grown, shrunk, hired, fired, stagnated and worked our tails off. To celebrate, I’m writing a series of blog posts about what we’ve learned.

When I was a young girl (8, 9, 10), I became obsessed with money. Mainly because we only intermittently had any, due to severe mismanagement. The words “Because we can’t afford it” ground deep grooves into my daily existence. It weighed over every opportunity, every decision.

So, get-rich-quick schemes were irresistable flames to my little moth of a heart, but…I knew better. I’d fallen for Sea Monkeys, once, and had never forgotten it. Some part of me knew that The Internet Treasure Chest and Stuff Envelopes From Home were just Sea Monkeys in sophisticated clothing.

But every time I saw the promise of riches, it hurt. I knew they were fantasies, I knew my cynicism was the only correct response, so I did nothing but grind my teeth and hurt like hell.

I grew up to be a consultant. A very expensive consultant. Because instead of buying into the fantasy, I read real biz books, and spent my time learning provably profitable skills, and hustled on the side. I wanted money, and I wanted it reliably, and I only trusted it if it was something that I actually worked for.

I worked; I got paid. Life wasn’t giving me a whole lot, so I made it give me more. When I started out, I was charging $10 an hour. By the time I quit consulting, I got paid a lot. (No joke: one of our last gigs worked out to about $500 per hour, per person.) 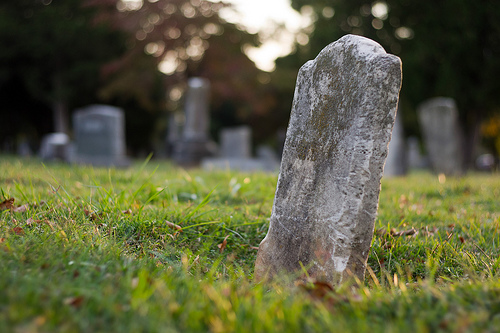 I poured my heart into work for my clients and watched them destroy it. I watched my clients go into management death rolls, never shipping the things they spent thousands or tens of thousands or more on…the things I built died inside their stupid and ineffectual bureaucracies. I made my very best suggestions, I educated, I consulted, but in the end, I often ended up having to (metaphorically, though sometimes literally) make the logo bigger. I’d tried every kind of client: cheap, local, sophisticated, ignorant, startup, Fortune 100. Same shit, different day.

(I was even working on a really cool project at the Bear Stearns midtown offices the week before they suddenly ceased to exist. Naturally that project died, like almost every one before it.)

By the time we started to build Noko, my husband and I had managed to attract clients who listened to us and who actually shipped what we built. (Thanks, Pepsi.) But it didn’t matter in the long run. I was sick of it all. I was 24 years old and burnt out.

So to say control was important to me? Understatement.

Having complete and utter control of the fate of my project was the most important thing to me.

I was so tired, deathly tired, of watching the wrong thing be done. Of projects never shipping. Of fatal compromises. Of fighting management, who were ignoring (or never even considering!) the needs of the user. Of having to use mockups in my portfolio instead of showing people the real app because the real app never lived.

Of having to appease and manage “stakeholders” who couldn’t tell their ass from a very well-spec’d hole in the ground, rather than focusing on what I was actually supposed to be achieving.

And I had enough friends in the startup game to have witnessed that “investor” is just a ritzier name for “stakeholder.”

Here was my mental list of things I’d never have to deal with, if we bootstrapped: 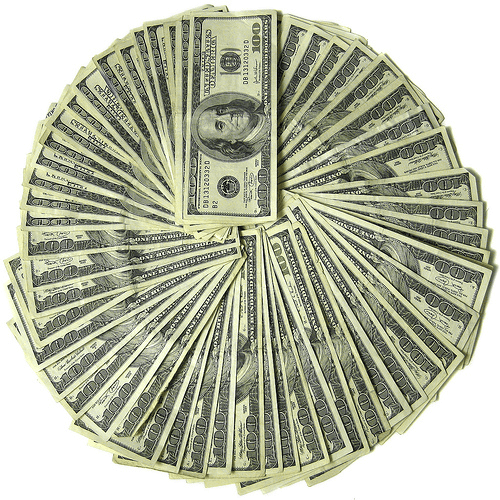 None of the above was an acceptable outcome to me. And, while visions of money bags danced in my eyes — wouldn’t it be nice to be handed a million dollar check! — growing up with money problems made me skeptical.

I’d long since learned that “free” money doesn’t exist, but power imbalances in financial transactions certainly do. And I was tired of being the sucker.

So, funding was never an option I’d even consider.

Bootstrapping was the only approach that would give me what I wanted:

Ownership is the strategy. Bootstrapping is the tactic. Personal sovereignty is the reward.

Phew! OK, that came out more serious than I intended. Well, there are more posts where this one came from. Stick around, follow me on Twitter, for the next post about our marketing strategies over 4 years of stagnation and growth.

Second Installment: Why We Shut Down Charm on the Eve of Public Launch, at $48k/Year and Growing.