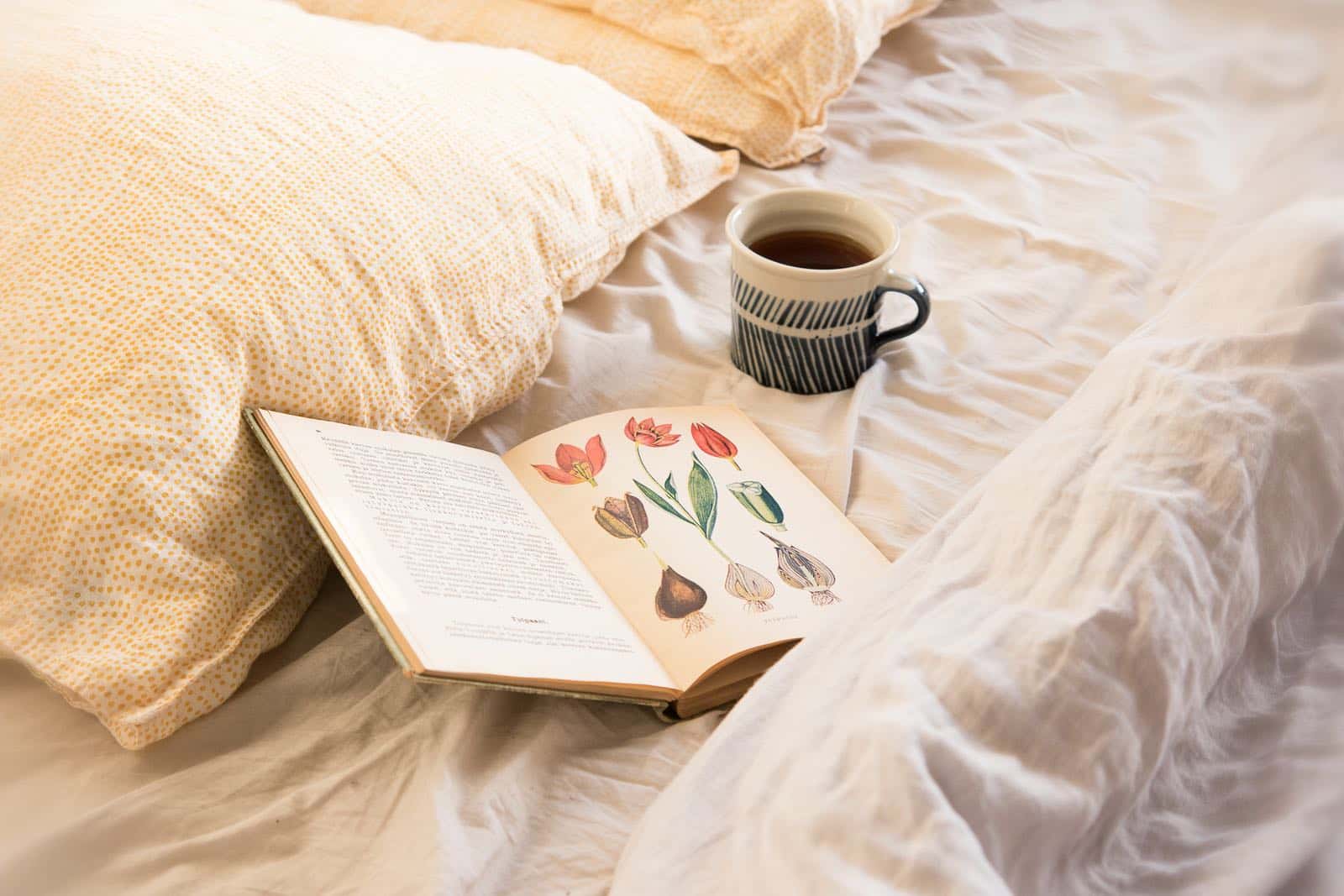 …is spent in bed.

And that third sets you up for success — or misery — in the other two thirds, work and personal.

I’ve already told you about how I’ve begun to apply “Why not the best?” to my personal time. But there are still those other two thirds to think about…

That’s how I came to find myself last week in the country’s largest shopping mall, leaning on the counter at the Tempur-Pedic store, holding my head in my hands and mentally preparing myself to drop nearly five figures on a new bed.

Not gonna lie: when the salesman gave me the total, I squeaked in shock.

My look said: “Seriously?!” His look said, “Don’t be ridiculous.”

Only by ‘ridiculous’ he didn’t mean “This is absurd, let’s go buy a car.” No… my husband’s eyes were telling me, “shut up and spend the money, Amy.”

Thomas was the one who dragged me to the store in the first place, you see. My illness causes sleep problems a-plenty… not only does my disorder throw off my schedule, not only does it cause pain (which interrupts sleep), but I’ve got to sleep sitting upright, and that means a mountain of pillows. Rearranging, punching, and cursing pillows every damn night. And the transfer of all the pressure to my hips…

My husband’s got ring-side seats. He knows our bed hurts me.

I know it, too — it’s my stupid body! — but it’s like the minute I crawl out of bed and knock back my morning Americano, I forget.

Then I do nothing to change the situation.

Then at night when I head to bed, I remember. And I dread it.

Why not the best?

Well, it’s pretty damned easy to come up with reasons why not to drop nine grand on a mattress and adjustable bed.

It’s easy to selectively “forget” about it the minute the pain is temporarily over. (When you consciously resolve to settle, your unconscious will play along.)

It’s easy to keep trying to shore up the situation with coping strategies, like toppers and wedges and new pillows… and to pretend the cost doesn’t add up.

It’s also easy to come to the edge and pause, saying well, the cheaper alternative is almost as good… even though it isn’t.

It’s harder to change your thinking.

Change is a little death to the you that existed before.

But… change is the only way to get to the best.

Thus bolstered by my new guiding question — and the memories of this cycle of settling — and my husband’s imperious eyebrows, I laughed a little and told the salesman the truth:

“I’ve just never spent that kind of money on something that wasn’t a house or a car.”

And the not-so-secret was… I STILL DIDN’T WANT TO!

I would happily spend nine grand on a long (but fleeting) vacation. Travel is invaluable to me.

"The best costs $X.
But what does not having it cost?"

But despite all the suffering, I didn’t want to pay out the nose to replace our old mattress because there wasn’t anything wrong with it. The problem lay with me.

Thing is… I can’t fix my body.

I can fix the bed.

And fixing the bed would go a long way to improving my everyday life — all three thirds of it — for a long time.

I finally had to admit: nine grand is expensive… except compared to the alternative.

And that’s the value math of the best:

“The best costs $X.
But what does not having it cost?”

So often we let ourselves be dazzled by the cost of change — the money, the time, the effort. But we forget how expensive not changing will be.

In the end, Thomas and I didn’t even pay cash. We financed it at 0%. That works out to $200 a month. Just twice a cable bill. Or half a car payment.

Or a latte and a muffin every day.

Are those things more valuable than a third of my life?

So why not the best?

No good reason. Not one that stands up to scrutiny. Just a long list of coping strategies and bad habits that I built to keep me from having the best. And I’m sick of it.

Why not the best? is why I finally pulled the trigger.

And soon — SO SOON — you’ll find me gamboling like a puppy on a thick, plush, extra soft mattress with a power-adjustable head and foot. No more slo-mo hip dislocations. No more pillow punching. No more dread.

I know the second we get it, I’m going to wonder why we waited so long.

And again, I know I’m not alone in this.

What are you waiting too long to do?

PS: This isn’t just a long apologia about spending a godawful sum of money. Maybe the amount is distracting, but it’s crucial to the point. For us, $9k is unpleasant but doable; for me, the long, long delay has been all about “the principle of the thing.”

I’m so excited to be done with the bad habit of false economizing… and suffering… for no good goddamned reason. I’ve spent YEARS buying cheaper things that cost more in the end. I’m so done. It was SIX YEARS AGO that I noticed I slept so well in the hospital, not just because of morphine (take that, pain!) but ALSO, obviously, in large part due to the adjustable bed. Six years, people. I can’t believe I waited so damn long for this. And the perfectly-good-but-hurts-ME mattress we have now was, once again, the result of buying the cheaper model. Dumb, dumb, dumb.

Now that I’ve pulled the trigger, waiting the week for delivery has been torture. YOU GUYS I CAN’T WAIT TO SLEEP UPRIGHT AND WITH MY LEGS UP OH MY GOD I AM THE LAMEST PERSON EVER.