Are you thinking, or only farting?

Thinking is supposed to be a question mark. But most people treat it like a period.

Terry Pratchett is one of my favorite authors ever. Why? Well, he sees the entire human experience for exactly what it is…and he laughs, indulgently, at the punchline. You think you’re picking up a parody novel and it turns out to be a treatise on the human experience. And it’s funny, too.

The Tiffany Aching series was his absolute best. He tells the story of 9-year-old Tiffany as she struggles to mature into a grown-up and a witch. Pratchett witches aren’t born with secret hereditary powers, they have to build themselves. They are clever, fearsome, pragmatic, and above all effective.

And what separates a Pratchett witch from a superstitious, ignorant normal person? It’s not magic. In fact, it’s the non-use of magic.

The difference is that witches have…

First Sight is the ability to see what’s really there. This seems trite, but it’s also true. Most people see things that aren’t there, or miss things that are plain as the nose on their face. Remember the teachings of the basketball video. 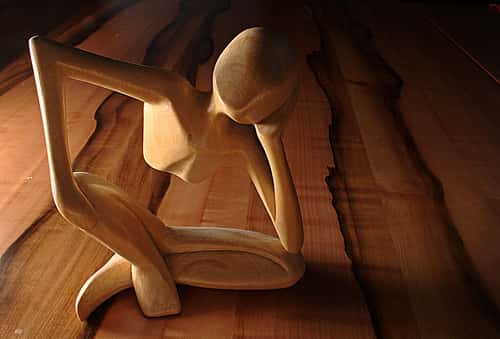 I had a Second Thought the other day, myself:

Thought 1: This milk is so delicious! So rich and tasty.

Thought 2: I’m glad I can still enjoy these little things about Austria even though I’ve lived here a while now.

Thought 3: Wait a second. That sounded awfully self-congratulatory. Is that a genuine thought or am I trying to convince myself of something?

Thought 4: This is a perfect example of that Terry Pratchett thing, and design, I should write about it.

And here we are.

Editor’s note 2015: I wrote this essay back when I lived in Austria. Two years before I decided finally that, in fact, I could never be happy there. Which makes the above original bit all the more meaningful…

Socrates said, “the unexamined life is not worth living.” Marcus Aurelius wrote, “The soul becomes dyed with the colour of its thoughts.”

Now we have one: Second Thoughts is the tool you can use to this complacency, to prevent the dyeing of your soul with lazy, opaque thinking.

The power of Second Thoughts is the cornerstone of the good life. And good work while you are alive. Otherwise things just…happen, the same way, over and over and over, forever.

Maybe this is what they mean by “brainfarts”

Most people only think to the first level — in design and code and business, but of course, not only there.

The problem is that first thoughts are like babies farting. A baby farts, and it laughs and grins. Babies love to fart. Farting gives an instant result. For them, it’s one of life’s greatest pleasures.

This is a logical fallacy called post hoc ergo propter hoc. “After this, therefore resulting from this.” But I prefer to call it farting. 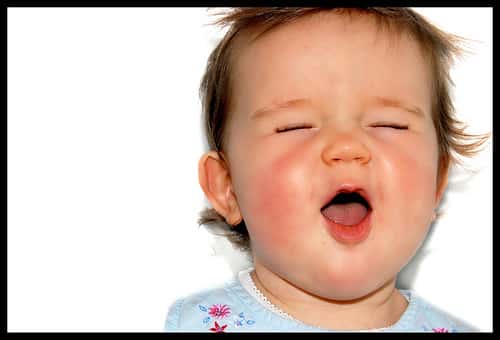 Ohhh, just smell my theory on consumer behavior. That was a good one! By jolien_valens

It sums up the biggest conceit of humanity. We believe what we think. We trust our own subjective experience to be the real thing—that our feelings are genuine, that our thoughts are unique, that if we believe something, it must be true.

That’s because the only subjective experience we can have is our own. We can’t take a daytrip to the brains of others, and come back changed, because we learn that Susie thinks Susie is exactly as right as we think ourselves to be.

Even if we could, our experience of Bob’s self-absorption might just confirm to us that Bob is a ditz, unlike our superior self in every way.

"i've never done it
nor known anyone who did it
nor researched it
or read about it
but i'm gonna comment as if my opinions are true!"

We’re farting, and we’re showing off our pearly whites.

Except that most of us grow up and learn that, no matter how much we want to revel in letting one rip, it’s impolite. All those other self-absorbed brains around us would think we were strange and undersocialized…even if they were wishing the most fervent wishes to run around tooting and laughing in public. It’s Just Not Done. There’s no such ingrained social prohibition against believing our first thoughts.

I think you have to think at least 4 levels deep before you get anywhere interesting.

Here’s an example (a thought experiment):

Let’s say you want to build a new forum

Here’s a hypothetical but realistic example from design and/or development. Let’s call the thinker Alice:

Alice’s Thought 1: I want to make a forum. Here’s how I will make the front page that lists all the forums, making it clean and easy to see the most popular stuff, even if it’s older…

Thought 2: But wait. Do I need a front page that lists all the forums? Am I optimizing instead of thinking?

Thought 3: Are forums really the right tool for the job?

Thought 4: How would I recognize the right tool for the job? What does communication mean? How does this change on the internet?

Can you see where the magic happens?

Now, don’t get me wrong, a forum resulting from Thought 1 could still be pretty great. I would welcome a new commercial or open source forum that was as good as Thought 1. I haven’t found one.

But in Thought 2, things start to get interesting. Alice wonders if the front page design she’s planning is necessary, or if there’s a better way. She questions the ready made template in her head named Forum. She moves beyond thinking minor tweaks and goes to major overhaul.

In Thought 3, Alice then takes the giant leap from “Is the front page necessary?” to “Is the forum necessary?”—that’s what most people call design thinking. It’s Exploring The Problem Area, etc., etc.

Even most of the best people stop at Thought 3. But I still maintain that 4 levels is necessary for things to get interesting.

**How could I even recognize the answer to Thoughts 2 and 3? How can I know if I know? How can I find out?

** This is where breakthroughs happen.

Knowing without knowing how you know is not knowing, but feeling. Just farting. Until you know how you can know, you don’t know at all.

How can I metacognate up some Second Thoughts?

Ever hear some manager, teacher, or inspirational speaker say “Catch somebody doing something right”? It’s a nauseating phrase, but the intent is a good one: pay attention to people when they do things right, not just when things go wrong.

That’s the way you have to treat your discoursive thoughts.

Most people only pay attention to their thinking when something goes really wrong, for example racing thoughts, insomnia, that awful Internal Critic who spends all day telling you what a shithead you are.

But that’s the trick.

The best way to pay attention is to learn to insert yourself into your discursive (gabby) thoughts, when you’re thinking them. If you can’t get in where the action is, you can’t observe it, and you definitely can’t second-think it. It’s hard at first, but totally do-able. But you have to practice.

You can start by just sitting for 5 to 10 minutes, sitting in a comfy chair, looking at a blank wall, and just…breathing. When you catch yourself thinking a thought, say to yourself (inside your head) “Thinking” and imagine it dissolving, like a bubble.

This trains you to be aware not only of how many thoughts there are in your head at a given time (hint: a shit ton), but what they are. Turning your attention to them means you can then analyze them.

It’s not a game, there’s no high score, you don’t need to get your head completely clear and you don’t win anything for not having any thoughts at all. Don’t even try to insert critical thinking about your thinking into the equation at this point. That’s for later.

The whole point of the exercise is to notice. That’s it. If you notice, you win. 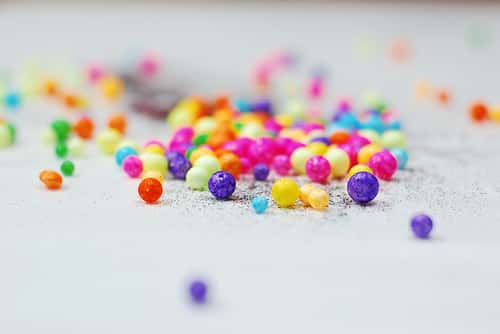 You can read more on this habit in any number of books and blog posts. My favorite is When Things Fall Apart (audiobook) by Pema Chodron. But pick the ones you like best.

Second, Third and Fourth Thoughts don’t make you smarter. They uncover the farty layers of disuse that are keeping you from the smartness you already have.

It’s a cycle of awesomeness.

Try it out today, tomorrow, and next week

Try the exercise a few times when you’re not trying to do anything. (“Don’t just do something, sit there!” — those Zen Buddhists are more fun than a barrel of seamonkeys.)

Then, next time you have to tackle a worthy problem, try it while you’re working.

Sit down and ask yourself “What is my First Thought?”

Then think about it.

Then ask yourself “If that’s my Second Thought, what do I think about that?”

Find out how deep the rabbit hole goes. And keep me posted.

Want to learn how to use Second Thoughts to understand your customers?

Well, then you want to get my email course, because Second Thoughts have shaped my entire business…and it can help you build yours.