Have you ever let your desire for perfection or completion overwhelm your desire to actually get shit done? If so, I’m writing this for you.

Maybe you’ve said, oh, well, my perfectionism won’t let me do it.

Or maybe, ​I haven’t shipped yet because I’m afraid of failure.

It’s not ready yet, just as soon as I finish xyz, then I’ll launch!

Same bullshit, different day. No matter how reasonable or rational or Medium thinkpiece-y it sounds, it’s all an excuse to avoid doing the one thing you really don’t want to do: Interface with reality and find out what reality thinks of your work.

But if you refuse to get your project off your hard drive and into the world, you can never reap the rewards.

That’s why I’m a huge advocate of “f#ck it, let’s ship it.” Or, as it may be more demurely described, the soft launch.

Doing things “wrong” at first is often better in the long run.

This weekend, my husband and I launched our new SaaS. What did we do “wrong”? Let me count the ways…

I could go on for ages.

We have so little of what everybody says “you just gotta have.”

And yet… even with the rudimentary promotion we did do, we got nearly 850 people on the list to be notified.

And despite the ultra low-key, late-weekend-evening launch, we’ve racked up 80 credit card trials so far: 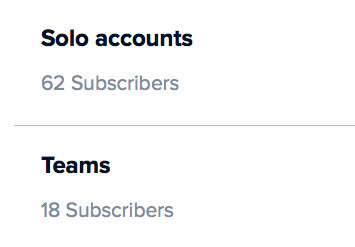 We’re learning so much.

For example, Sweep can do “repeat every quarter” cards but we hadn’t yet implemented due dates within quarters. So every “quarterly” task was due at the end of the quarter. It was a low priority for us… just didn’t seem that crucial. But with only 80 trials, five people have already requested that feature. Why? Because taxes!

That’s what I call valuable customer intelligence. And we’re able to ship an ugly-but-functional version of that feature today or tomorrow.

We also learn that our customers think the open cards are a modal and not a separate page. So they expect it to behave differently than it does. That’s great, too. And we wouldn’t have seen that for ourselves because we know what it is, we made it.

You learn SO MUCH… ONLY after your product is out there.

When you’re resisting launch, you’re focused so hard on what if it’s not perfect? You build up a fantasy of wild success and insta-sales and respect and lots of backlinks and all that jazz… and then you look at the cold, hard reality of where your product is now, and you can’t see a way to go from here to there. So you either give up, or you spin your wheels endlessly.

Believe me, I understand! I schemed for 5 years before I launched my first SaaS. And the second one? We spent way too long in development and then we had to shut it down because we realized it was a terrible business for us to be in. (Awesome, right?)

By the time we got to Sweep — our third — I embrace the messy and imperfect soft launch.

The key is to stop thinking about what you might not gain if you launch early, and focus instead on what you will definitely lose if you don’t.

Sure, maybe if you have the perfect sequence, pricing, copy, marketing, design, SEO, traffic, etc., you will make more money than if you don’t.

But if you won’t launch at all, you get nothing.

Sure, maybe you’ll get a few early adopters who are unhappy with the level of perfection and who don’t end up completing their trial — or maybe they ask for a refund. But that gives you valuable data. As opposed to… no data whatsoever. As opposed to living in your head and hoping and stressing and fearing and dreaming all the time with no other company than you, yourself, and thou.

Fact: it does not hurt you to not instantly reach the level of success you imagine.

It DOES hurt you to never launch at all. Because then you can never reach that level of success.

When you commit to the soft launch, you:

So… what will YOU soft launch?

PS: Now that we’ve gotten our soft launch well under way, I’m starting to build out those email sequences and — perhaps more importantly! — the content marketing funnels that will drive more signups and more sales. Jump on our list below because my next few emails will let you look behind the scenes!

PPS: Here’s a little math based on our current cc trial situation! Not 100% certain I’m using Soulver to the extent of its ability but whatever, it beats looking at a damned spreadsheet. All the little grid lines give me a headache. 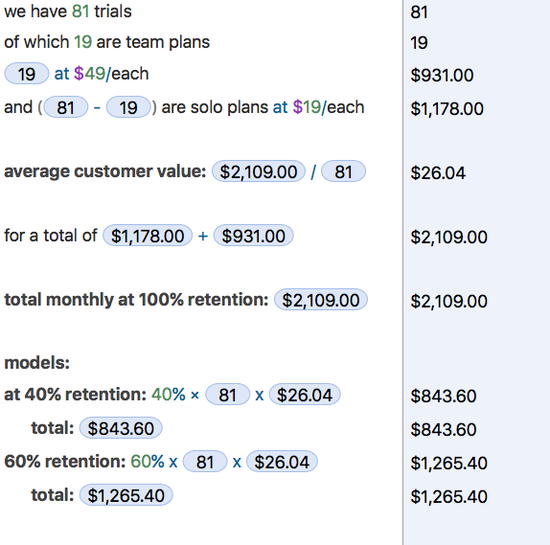