Let's Draw Back the Curtain 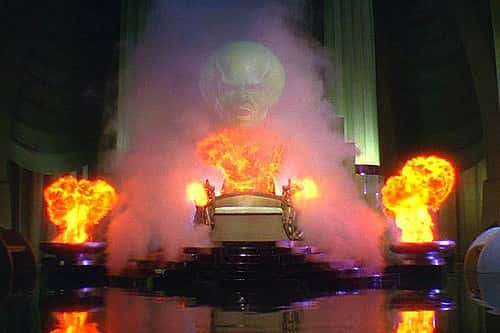 You wanna know why I write all this stuff? Why I’m so happy to disclose my income and strategies? It’s pretty simple:

It’s a fucking vacuum out there. Those of us trying to make real money, we’re stumbling around in the dark, alone.

There are thousands and thousands of blog posts about venture capital, viral social media, and decks, and elevator pitches, and on and on. But when it comes to cold, hard facts about web-based subscription software? About making money? About conversion rates, refund rates, churn rates, growth rates, customer service, business expenses? We got nothin!

Scene: Three weeks ago. Players: me & a new friend who also runs an SaaS catering to small business.

Yep. Privately, we were both impressed by the others’ success, not realizing the paths of our businesses were exactly the same.

What would have been different, if we’d known that sooner? Would I ever have found out at all, if I hadn’t been the one to name a number first?

Two weeks ago, Thomas & I had dinner with a pair of new friends, a married couple who’s in the same biz. They created & run 3 subscription web apps, including two quite popular ones you know about.

I told them the above story. They laughed and commiserated. While their 2nd and 3rd apps grew much faster, their experience with their 1st app was much the same.

And as the woman said to me, “That’s the thing. There’s NOTHING out there about this.”

They’d had to learn it all the hard way, too. They weren’t forging a new path, but one that had been set by a handful of smaller, non-Salesforce.com-type SaaS companies before. Companies who had often started as single freelancers or tiny consulting shops, but which nevertheless had refused to share.

Yesterday I did an interview with the excellent Andrew Warner from Mixergy. (Here’s my interview - it’s up already!)

Since we’re in Philly, I did the interview at IndyHall, my favorite coworking joint anywhere. Let’s just say I’m not a quiet girl – one of our “podmates” overheard me. We’d never really talked before but she introduced herself after my interview. She said to me, “I was eavesdropping on your interview. Thank you so much.”

You know what she does for a living? She runs a content/community subscription site and she’s been doing it for a couple years. It’s not software, but the parallels are huge.

You know why she thanked me? Because there’s no fucking information out there.

Maybe that’s just the way it goes for the vast majority of first SaaS apps. Maybe it just takes 2 years to get to $200,000 a year. Subscription income takes time. Maybe that’s normal.

Why don’t we even know if those statements are true or not?

Too many, if you ask me.

But it’s uncouth to talk about money…

Then let’s be uncouth and proud of it!

It used to be uncouth to talk about menstruation, about sex, about AIDS, about racism and poverty and crime. History doesn’t say a lot of good things about polite people.

If the choice is between “respectable and ignorant” and “uncouth and well-informed,” I know which side I’ll choose.

I won’t sit idly by

Moving from a consulting business to a product is one of the most rewarding things I’ve ever done. Yep, there’s stress, and anxiety, and lots of work… but there’s also the freedom to choose what we work on, and when, and how, and where, and with whom.

At 2 years old, Noko is the longest “job” I’ve ever stuck with. I still love it. And I love our next product, Charm , even more.

I’ve never been happier in my work, ever.

So whenever I’m thinking about how we did finally get started, I can’t help but wonder:

It took me 2 years to get here. What if I’d started 5 years ago?

Maybe I would have, if the information was out there. If there had been somebody like me I could have really learned from. So I’m standing up to be counted.