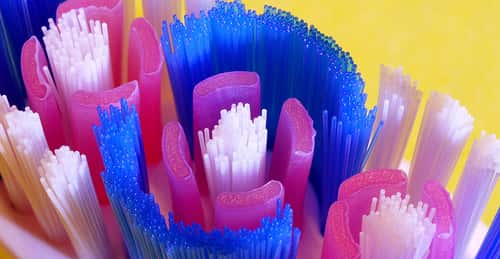 If you know me, you know I don’t really… do routine. Regular bed time? Ha! Regular wake time? Ha! Making my bed? Going to my office every day? Paying bills which aren’t automated? Regular grocery shopping day? Planning a week in advance? Umm… committing to a weekly blog post on a certain day, say Friday?

Sadly, my teeth are just one part-time casualty in a long line of irresponsibilities.

Don’t worry, though. You don’t have to wear a gas mask when we hang out. You’ll never meet me with unbrushed teeth (or hair).

And now, thanks to The Power of Habit, I know why:

A habit isn’t a thing, it’s three things: a cue, a routine, and a reward. And it’s not three things, it’s a loop.

The routine is the practiced set of actions you take – the thing we all call “a habit.” The cue is the trigger on the gun of routine, the thing that says chop chop, brush brush. The reward is the nice thing you get at the end. Behaviorism aside, the human brain really does wire itself up to react to rewards.

Put these 3 things together, in a loop, and run it again & again, and you have the makings of an automatic habit.

Vis a vis toothbrushes, leaving my apartment is the cue. The reward is the opportunity to engage in polite society. The routine is the actual brushing itself, of which, I can assure you, I am capable.

So, aha, there’s the problem: When I stay at home, there’s no cue. “Brush Your teeth” is a subroutine in the “Amy Is Going Out” routine, which has the cue of “Hey, It’s Time To Go.”

If I don’t leave the house, chances are good that I’ll forget to perform the routine. Because I’m not really thinking about it, I’m waiting for the cue to trigger the loop.

Sadly, this problem isn’t limited to my (not so) fresh breath.

The “Amy Is Going Out” habit loop is based on one of a very few cues I have that actually work at all. There are other routines I use very effectively to get creative work done (funnel process, review process, mind mapping, brainstorming, outlining, planning, weighing, analyzing, researching, composting). They help me kick ass.

The thing is, they aren’t hooked explicitly to any cues. I only remember to use them some of the time: 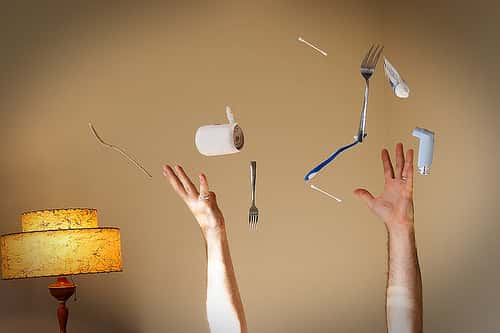 Now, it’s terribly twee to complain about how disorganized and overwhelmed I am, yadda yadda. Obviously I manage to function pretty well. My business is profitable (and growing). I’ve got a great life. My customers are happy.

But, I can’t help but think: How much more profitable could my business be? How much better could my life be? How much happier could I make my customers? If only I could get my shit together a higher percentage of the time.

So, why do I suck so bad at habits? Am I just incorrigibly mercurial? Or lazy?

I’ve wondered this for a while. And til now, this is where my introspection ended.

I knew that I could work predictably inside a structure (“Amy Is Going Out”), but I’ve also always sucked at creating that structure in the first place. Impasse.

This is the most powerful thing I’ve learned from The Power of Habit so far (half-way through):

One paper published by a Duke University researcher in 2006 found that more than 40 percent of the actions people performed each day weren’t actual decisions, but habits.

More than 40% of what we do isn’t due to conscious thought, but habitual. Aka habits:

This is how new habits are created_at: by putting together a cue, a routine, and a reward, and then cultivating a craving that drives the loop.

And: habits are a skill. (Duh, this part’s obvious.) Not only is deploying a habit a skill, but research has shown that creating habits is a skill, too. And research shows how to go about learning the skill of creating habits. (This part is new!)

Now I’ve got research at my disposal to teach me how I can consciously and systematically set out to whip myself into something more resembling a Human Who Has It Together. How you can, too.

And there’s no good reason it can’t work:

Habits aren’t destiny… habits can be ignored, changed, or replaced.

But the reason the discovery of the habit loop is so important is that it reveals a basic truth: When a habit emerges, the brain stops fully participating in decision making. It stops working so hard, or diverts focus to other tasks. So unless you deliberately fight a habit— unless you find new routines— the pattern will unfold automatically.

So here’s to making what we want unfold automatically, instead of what we don’t want.