Second-Hand Tales from the Startup Trenches - The Bitter Truth 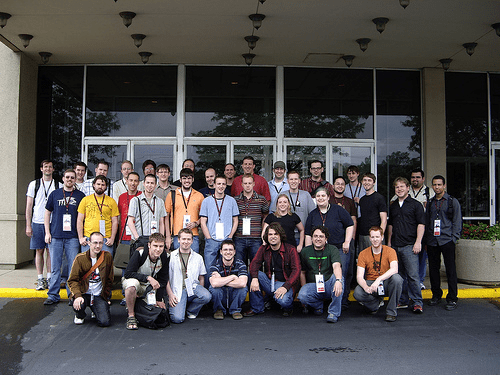 There was a time when I was at the cutting edge of our industry.

I got in on Ruby on Rails, and the Javascript revival, at nearly the ground floor, and worked with some of the biggest people in the PHP community before that. Because I wrote and taught and talked, I was moderately famous inside these communities, well-connected, and a regular in green rooms at industry conferences big & small.

I even did some early consulting work for some of them.

But let’s pause a moment.

This story isn’t about building up my image, here. Whooooa, look at me, I’m a well-connected superstar, rubbing shoulders with dot com millionaires! Fat chance. I know you don’t give a shit about that…nor should you.

I certainly don’t look around at the people I know, and have known, and feel “privileged to know them” because they’re famous (or, in some cases, rich). I feel lucky because many of them are awesome people. But what makes me feel especially lucky is that, thanks to my proximity, I’ve had an unparalleled chance to lurk & learn. I’ve learned so much by just watching things play out.

And sadly, a lot of what I’ve learned about venture-backed startups has been sadness and despair. 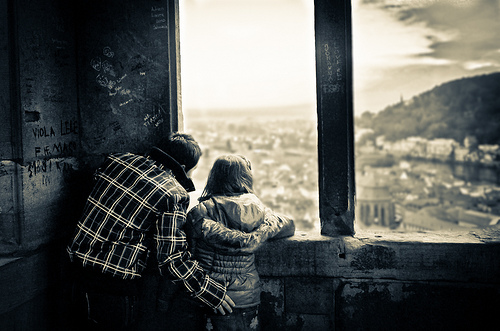 This is why I engage in such pro-bootstrapping saber-rattling. This is the reason why I believe what I believe so strongly. Not because I’ve been burned, not because of sour grapes, but because I’ve had one depressing behind-the-scenes look after another.

(Note: a small handful of the companies I named in my list are actually awesome, and inspirations to me. You can guess which ones.)

Here’s an example: A few years ago, I met a designer I admired at SXSW. He’s not super-famous and you might not know his name, but I knew and loved his work, and he’d designed and created an amazing web app…which he sold to Google.

(NOTE: This app is not named in my list above.)

The sale was not terribly long before the conference, but long enough that the app had dropped off the face of the internet.

I said to him, “Hey, congrats on the sale! When can I start using insertapphere? I was on the beta list forever but not early enough to get an invite!”

He gave me some PR spin story about integration yadda yadda. It was clearly a party line and it was equally clear that he didn’t believe it.

Because the fact was this: Google had shut his app down, to cannibalize its parts, and they were taking forever even to do that. His previously healthy, well-loved, popular baby was dead. And allegedly the arms and legs of the murdered baby were going to be grafted, Frankenstein-style, onto an existing app…some day…but for now and the foreseeable future, they were on ice. Waiting.

He had that wan, worn-thin quality of a person trying to put a good face on things.

Lemme tell you: nobody drinks like a person who believed he’d be biting into the delicious fruit of victory, only to have it turn to ash in his mouth. 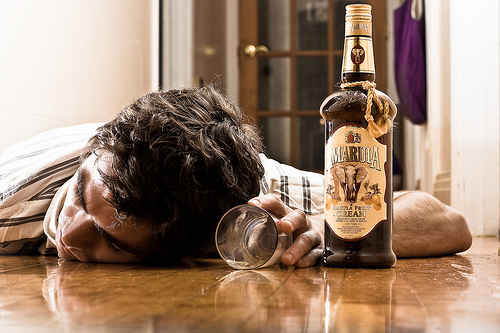 And this, my friends, this is a story of how shitty things are when they go right.

This is a story about a startup you’ve definitely heard of (but again, not on my list above).

In the year before that last story, back when I was a wage slave, I worked for a firm which hired me out as a consultant. I worked on some interesting projects, including one of those fancy stealth startups so popular in the mid-aughts.

One of the investors was, and is, a big shot in the tech world: Marc Andreesen.

Being a web nerd, I nearly squee’d my pants at the prospect of meeting & working with the big guy. (Even if only via teleconferences and IRC meetings.)

How exciting!! What a disappointment.

As a developer working closely with the founders, I was shocked at the general ignorance of the team, him included. (Ignorance about technical possibilities, and a total pie-in-the-sky fantasy about users.) The optimistic team player that I was (was!), I tried to put on a good face. Hey, they were the experts, right? They were the ones with the money, right? Maybe I was wrong. But I wasn’t wrong. 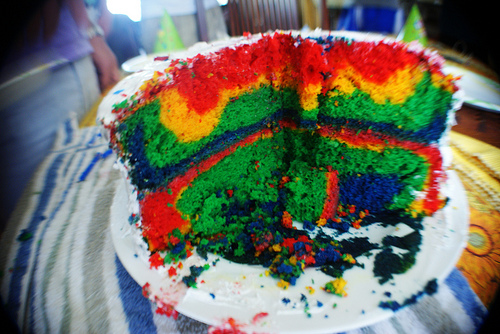 It was no surprise to me when this regrettable startup launched and everybody was all “uhh… okay… what is it?” Cue the sound of a fuse fizzling out, and desperate pivoting.

Now, this startup sold for $150 million, which sounds good, right? But according to TechCrunch, that’s only 26% more than the Series C, D, & E rounds added together. After 6 years! But hey, that’s a profit, right? Maybe it’s not a 10x return…or even a 2x return…or even a 1.5x return…but still, the investors didn’t lose money, right?

Then again…this startup also received Series A & B rounds but the amounts are secret. So perhaps it was sold at a total loss.

Just another outwardly awesome story, which on closer inspection turns out to be nothing but a shallow façade.

A story about the real results delivered by one half (Andreesen) of one of the most respected and prominent VC firms (Andreesen-Horowitz).

This project was my first exposure to the thick, creamy layer of bombast and other people’s money slathered on to disguise idiocy and incompetence, like icing on a lopsided cake.

I have friends who work in some of the sexiest San Francisco startups, a veritable Who’s Who. Some of them are so early that they have significant shares, either vested or nearly so.

None, none of them are planning to stick around for the long term. (A few say they are, but that’s just putting a good face on it, like I tried to do in Exhibit B. But as their friend, hearing their stories, believe me, the end is in sight.)

Most of these stories I can’t tell or even hint at because these folks haven’t shared their intentions to quit with their employers. Plus in some cases, there’s vesting at stake, blah blah blah.

An extremely talented developer friend of mine recently moved from Europe to San Francisco to work at a popular, well-funded startup.

My friend is truly an expert in his field. More importantly, as a contract developer who has products of his own, he’s skilled at speccing, planning, curating, finishing, shipping and selling and supporting…the kinds of skills any startup should, in a sane world, bend over backwards to acquire and retain.

Which is exactly why I felt the need to warn him about the kind of work culture he was likely to find, based on what I’d seen and heard over & over. 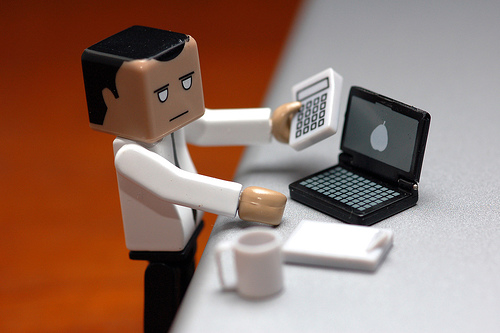 My warnings fell on deaf ears. I’m pretty sure he thought I was just being a zealot. I’m definitely biased. ;) (Although my bias comes from experience, and not the other way around!)

My friend was therefore shocked, shocked, to find out how badly managed this startup was:

It drove him crazy. As a person who was used to doing great work, he just couldn’t take it. The money was amazing (even I was shocked at his salary!) but he gave it all up because it was killing him inside. He quit and moved back to Europe.

It’s tempting, I know, to say to yourself, “Wellll, that sounds like an extreme case.” But my massive amounts of anecdata says otherwise.

As a well-connected lurker, I’ve seen and heard much, much worse — about even better funded, more popular, more “successful” startups.

I chose these particular stories because they are in the past, and well past, and can’t hurt anyone, even if you sleuth out who I’m talking about. All of the information is out there, too, if you dig — I’m betraying no secrets.

Nevertheless, even this tiny slice of what I’ve seen & felt & experienced & heard paints a pretty clear picture on the three levels of this business: founder, venture capitalist, early employee.

There’s only one conclusion we can draw:

98% of what we read in the tech press is boosterism.

But the smiles are so often pasted on. 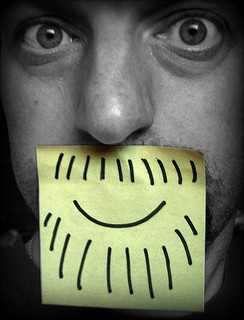 Have you ever read a blog post announcing an acquisition where the founders wrote, “We didn’t want to sell, but we ran out of cash”? How about “They’re going to rip us up and use us for a purpose entirely opposite of what we intended”? Or even, “We’re sorry, this sucks”?

No, of course not. Not only would such honesty almost surely jeopardize their acquisition relationship, not only would it potentially expose them to legal action… it would make them look ungrateful and petty and spoiled.

So just from this little thought experiment alone, it’s pretty obvious why acquisition announcements must blow sunshine up our collective asses. Everyone must be excited. Everyone must say things will get better and better.

We’ve got acquisitions covered. What about VC investments, then?

It’s clear that this Must Blow Sunshine Rule must be equally true when it comes to discussing what it’s really like to work with venture capitalists in general, and individual VCs in specific.

The Must Blow Sunshine Rule is even true, to a slightly lesser degree, for employees of startups: If you trash talk your company, you can be fired, and if you’re fired, your options stop vesting. Plus, who would want to hire you then?

All this boils down to this:

Which means that unless you’re in the thick of it, or well-connected, all you get is the shiny happy icing.

It sure looks good.

But incompetent and malign investors, miserable acquisitions, shitty jobs… these are the rule, not the exception. But from the outside, you’d never know it.

Under the shiny exterior, the cake is crumbling and lumpy and tastes like old socks.

And thanks to the conspiracy of silence, you won’t find that out that til you start chowing down. 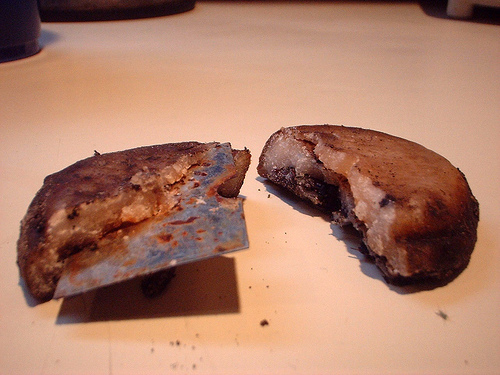