The #1 reason user feedback can ruin your app 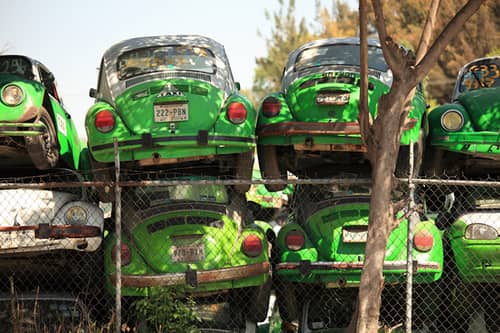 The user is using your app. The user requests a feature.

You think: OK, they know what they want and they want this, so I’ll do it.

But it’s not that simple.

The player is playing your game. The player requests a rule change.

Well, here we have a conflict, and it’s an obvious one.

In a way, all games are creative ways to not win. Game designers spend all their time constructing the rules and mechanics that keep players from winning.

The most primitive games are like “punch buggy” — you see a VW bug, you punch somebody and call out its color. That’s…a “game.” You win intrinsically. And nobody above the age of 4 plays it.

The reward of playing games comes from the friction, the challenge. If you win every time, it’s no fun at all. And yet people will consistently act as if winning is all they want.

So if the player says “Change this rule,” you must consider: Would that actually suck all the fun out of the game? Would it undermine its very purpose?

If your customers say jump & you leap, will that actually make them happier? Will it make them better at their jobs?

Will it make them better?

Or will it just help them continue to do the wrong but easy thing? While also sacrificing your product’s unique potential — the potential to help your customers become better — on the altar of No Surprises?

Many a product has been murdered by inches, one valueless little feature after another, the accretion of a refusal to choose.

If you let the customer make all the decisions for you, you are outsourcing the thing that makes you valuable: Distance. Discretion. Stewardship.

It’s your job to further the customer’s interests the best you can — and sometimes (often) that means telling them no.

Or you might just end up with a game that no one plays.

Evolution of the ideas behind this post Thanks (as always) to Seriouspony, who a long time ago in a galaxy far far away, contradicted John Gruber on stage about Apple product leaks. He said: people don’t really want to be surprised, or they wouldn’t read rumors & leaks. She said: they do want to be surprised, they simply don’t have the willpower to not peek. It was a little thing but it stuck in my head all this time. The idea that products are meant to make their customers better, on the other hand, was a huge idea, and this too I learned from her.

Thanks also to Daniel Gilbert, who wrote the excellent Stumbling on Happiness, which is an entire book about how what we think we want isn’t what we want at all, and what happens when we get it.