The Best Career for a Maker Is... 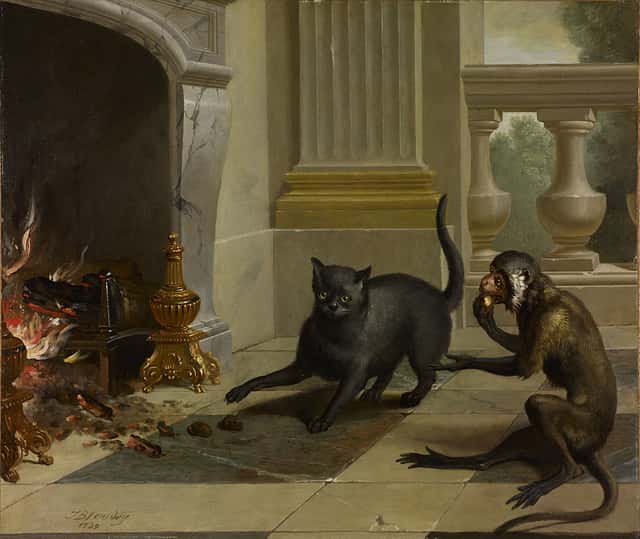 If you’re like me, your history of work is a history of defaulting forward:

You loved doing a thing.

So naturally, when it came time to adult, you took a gig that paid for doing-a-thing.

And when that gig — be it a client or a j-o-b job — ran its course or became too frustrating, you moved onto another. Bright-eyed and bushy-tailed. I’ve learned things. This one will be better.

Only… as you got older and wiser, and gig gave way to gig… you began to notice something:

Your actual job wasn’t doing-a-thing, it was being a tool.

To enable someone else to Do-a-Thing.

And this is fine and dandy if enabling other people is what makes you feel most useful and effective in this life.

You set out on this path because you loved the craft enough to become a craftsman — a person who takes control of the creative process, and is responsible for its outcome — but you ended up being nothing more than a cat’s paw.

And I chose that term very carefully for a reason.

The term cat’s paw dates from the 17th century:

Once upon a time, a monkey and a cat lived as pets in the same house. They were great friends (or so Kitty thought), and what they seemed to think of more than anything else was the next delicious thing they would eat. One day they were sitting by the fire, watching chestnuts roast on the hearth. Chestnuts were a special treat. The question was: How to get them?

“I would gladly fetch them out,” said the cunning Monkey, “but you are much more skillful at such things than I am. Use your sharp claws to pull them out, and I’ll divide them between us.”

So Kitty did just that: carefully and slowly hooking each chestnut, one by one, with a sharp claw. As she pulled each one from the embers — singeing her paw just a little each time — Monkey gobbled it down. “Oh, Monkey,” Kitty thought, “so hungry, he’s eating his share first. Mine will be the second half.”

But suddenly the maid came swung open the door to stoke the fire and, surprised, Kitty and Monkey were forced to flee… and despite her burns, Kitty never got any chestnuts to eat at all.

(Adapted by yours truly from Aesop for Children (1919), public domain)

Kitty got used as a tool for her sharp claws. (And her sharp skills. Y’know.) And she got totally bilked. Timeless.

And it sounds more than just a little bit familiar, doesn’t it?

Granted, you and I are humans and so we operate in the economic system where we do get paid for our roles as creative tools.

But if we are, deep in our secret hearts, makers rather than enablers, the money just isn’t enough. The money is a runner-up prize.

The money is settling.

Settling says, “This isn’t really where I want to be, but it’s close enough that I can pretend.”

And, remember: you settle where it’s pretty okay, right? Close enough that you can learn to love it. Or so you tell yourself.

But you only get one life.

Why not do your best work?

Why not work in the environment that is the best for you?

Why not structure your life, your income, your day in the best possible way?

So that you feel the best. Do the best. Get the best results.

Why not the best??

I think the biggest reason we don’t live the best is because we forget to even ask.

As a kid, I learned that I love to make things. Pixels, interactions, code, words — the format almost doesn’t matter to me, I love it all. I’m guessing you are much the same. The story above? That’s my story.

I did the enabler thing for a decade.

One day on vacation, a couple weeks into the complete and utter absence of work, from within me I heard the still, small voice of my being:

And wow, I really did.

It came as a bit of a surprise, honestly.

I finally saw that there was nothing on earth that would make that the best role for me. Great clients, great pay, interesting projects — I’d worked hard to become a better consultant, better at screening and pricing and pitching and closing and yes, even managing clients. And you know what? It didn’t matter.

That day, I learned:

I’m a maker, not an enabler.

Makers are happiest when they make things.

When we slide into enabler roles — to empower our clients, our bosses, or even our teams — we die a little. We can’t be our best. We can’t do our best.

But it’s so damned easy to end up in exactly that situation because the leap from doing-a-thing to getting-paid-to-do-a-thing is so damned obvious it doesn’t even seem like a decision. And it’s tempting, too.

The chestnuts are right there. It’s the easiest thing in the world to reach out with our skills and take them.

Only, when we get them, we find that the chestnuts are a lie. That the doing-a-thingness is the least part of our jobs (despite how many hours we spend on it). And it’s maddening to the maker in us how we can do our best work only to have it gutted, modified beyond belief, or even shut down by the powers that be.

Because our real job isn’t to make things. It’s to do what they want.

The best career for makers must have control.

That’s why I make and sell products.

Because the maker in me gets to control the work: what to make, how to make it, when to ship it, how to grow it. While my work is for my customers, I choose who to serve and how. I’m the boss of me. And I get paid for it. It’s amazing. Life-changing.

It’s such a radical difference from consulting or employment, you can’t even imagine how good it is until you experience it.

I believe every maker should have the chance to experience it. Yes, including you.

You don’t have to blow up your life.

You can create, ship, and sell a side project this year.

It’s wonderful to get paid to do the best.

My next few emails will show you how.