April, 2010. The party bus was rolling down the highway from Dublin to Kilkenny; it was upholstered in sparkly red and orange vinyl and full of my favorite kind of nerd, and I was perched on the stool in front with a mic clutched in my hand. I had just finished an impromptu little story about how I bankrolled Freckle’s slow SaaS growth by selling infoproducts (including the very first proto-30x500!).

This was the first time I’d ever explained my Be Your Own Angel Investor approach in public. 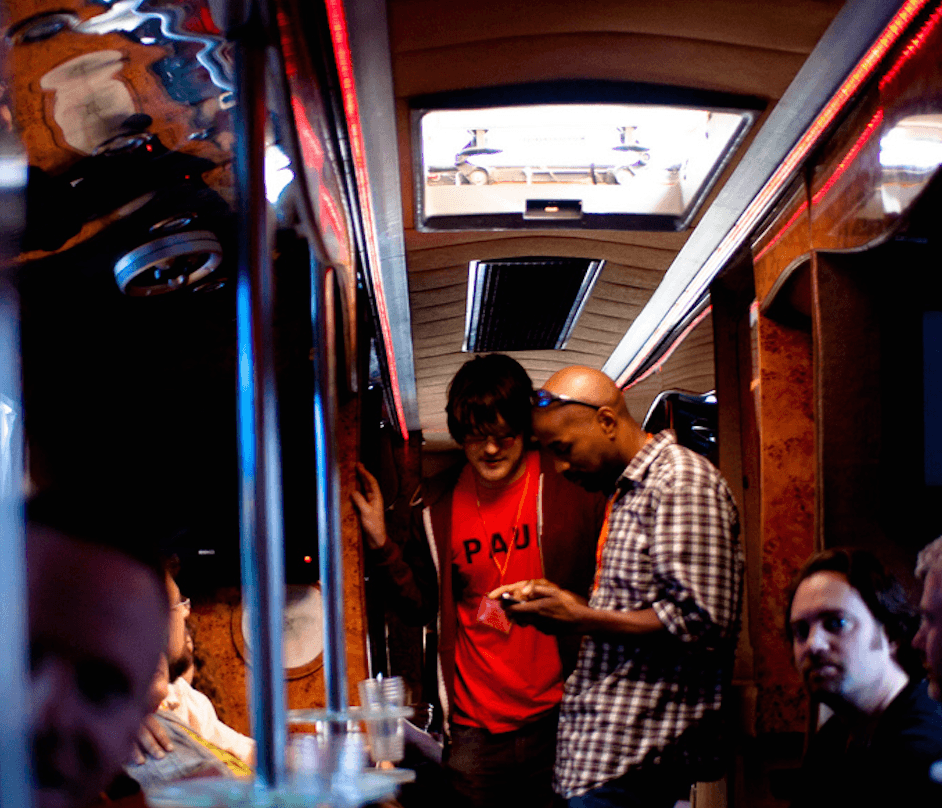 Paul Campbell (organizer) and Randall Thomas on a Funconf party bus, by adelcambre

Apparently the audience was all pretty liquored up already, cuz only one dude had a question for me:

”So what advice do you have for people without a finance background?”

Having had a beer or two myself, I think I replied, ”Huh!? What? I don’t have a finance background!”

And that’s true. I have no finance background. I don’t even own any stocks. But, I have been earning and handling my own money since I was a preteen. Why? Because that was the only way to get anything I wanted. I scrimped, saved, worked, bartered, and sold all my My Little Ponies to buy my first (very used) Power Mac back when I was 12.

Now that’s probably quite different from your background; I learned very early on that all my ”computer friends” were from much wealthier economic backgrounds than me. They never had to do all that hustling.

Why on earth did I name our big, important class a bunch of numbers?

It’s hard to say and… weird.

But that ”finance background” thing again: Back when I was starting up my software + info biz in 2008-2010, I often talked to my friends about startups and money. It came up a lot.

I must have had this exact conversation 50 times with different people:

You would not believe how shocked my friends were by my simple formulation. And I was amazed that they were amazed. Literally, a 3rd grader could do it. Didn’t everybody think like this? Nope!

Well before ”bootstrapping” was a word on anyone’s lips. The conversation had two poles only: EMPLOYED, or VC BACKED. And because these folks had never been anything other than employees (or dreamers), they thought a salary came from only 2 places: a boss, or a VC. They never asked:

That’s why 30x500 is called 30x500. Because that simple little equation both shocked my very smart friends and changed their viewpoint, instantly.

30x500 is more than a name, it’s an approach to breaking down a big goal into lil achievable components.

So, the name stays.

Even if it’s hard to say. It’s got a reputation of its own now. Bootstrapping has become something people want.

And those people know that my approach to business is just as pragmatic, no-nonsense, logical, and step-by-step as the name.

Take the right steps. Take them over & over.

Work with facts, with reality, and let that be your guide. Just like $30 a month, it will add up.

You need to ask yourself: ”Well, what do I need, and how do I get it?” And then build up to it, brick by brick.

But where do you start?