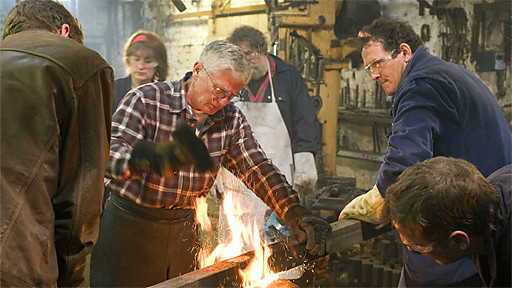 Why Blacksmiths are Better at Startups than You

There’s a great show called Mastercrafts, a mini-series documentary from the BBC. I recommend you go out and find a way to watch it, right now.

Mastercrafts is all about — surprise! — master crafts:

Trades we barely even think about today; obsolete, cottage industries.

Nevertheless, there are still people who dream of learning these trades, and that’s where Mastercrafts comes in. Each episode follows the trials & triumphs of 3 would-be students during an intense 6-week course at the hands of a master craftsman.

I’ve watched the series twice, and loved it both times. Because it turns out that learning to work iron and weave by hand are perfect corollaries to founding a startup.

Whoever cast the shows did a fantastic job. Each episode features a great mix of student personalities. And because it’s a kind of reality show — although a very refined, smoking-jacket-wearing reality show — those personalities are brought to the fore. All the while the students are shaping stone, hanging thatch, cutting class, spinning wood on a foot-operated lathe in a tent, or hammering hot iron, they’re being aggressively human. We see their best sides…and their worst.

Every flaw you’ll ever see in a “startup founder,” you’ll see play out in Mastercrafts. And if you sit & watch the whole series in one or two sittings, the patterns will leap out at you. 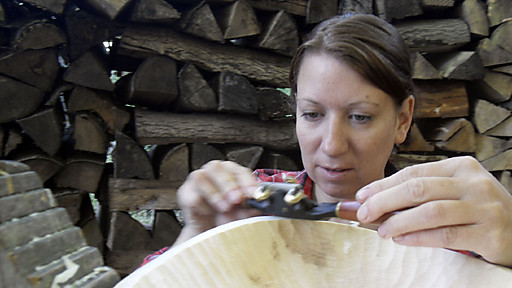 Here are some of the personality flaws I’ve spotted:

Several students in different episodes are obsessed with “expressing themselves” instead of following the brief (the job specification). They waste precious time in “creative” noodling instead of actually getting shit done.

Others indulge themselves in childish boredom and rebellion when it comes to the repetition of early stages of learning, instead of committing to the basics with all their hearts.

Several more wield perfectionism as a weapon against their own achievement… a weapon, and an excuse. Several show a great deal of self-importance, unwarranted — they talk themselves up, they expect they’ll win, they treat the advice of the master as irrelevant, or they crumble at the slightest criticism.

Others engage in bitter self-denigration, unwarranted — fatalistically wailing, “I’ll never be able to do this,” when experiencing the simplest of setbacks. They want to throw in the towel at the first bump. And the second. And the third.

Finally, and perhaps most fatally, many of the students seem to have zero patience whatsoever. They expect to jump straight to results, straight to the fun stuff — the creative stuff. They don’t want to put in their dues. They think they’re special. So they stamp their foot petulantly when their shortcuts fail.

These students claim to want to master a craft, but they resist the very nature of “craftsmanship.” Even though, to even get the apprenticeship, they had to apply and interview and disrupt their lives for 6 weeks or more! 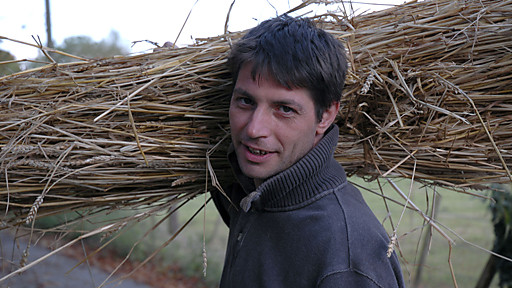 Wait? So the show sucks?

I’m sure I’m making the show sound like a kind of horror parade of bitchiness, but nothing could be further from the truth! All but a few of these divas are transformed over 6 weeks by the simple, honest, difficult work, and the rewards of making something real.

They find themselves achieving extraordinary things… just as soon as they decide to get over their crap.

This transformation is wonderful to watch. It’s LIFE. And because it’s life — because, if you watch it, you’ll recognize your coworkers, your friends, and probably yourself — we can’t help but ask…

Why? Why is this the universal experience?

This is something I’ve spent half a lifetime pondering. Here’s my conclusion, in progress.

The reason the students resist the process every step of the way is because their entire self-concept is at risk:

Until now, they’ve always worked for approval, abstracted from results: the question has always been, Is this the answer the teacher wants? or Did the committee like it? — not Is it true? and Did it help the customer?

It’s as if Galileo dropped his ball and feather from the top of the tower and, as they fell, sought to convince his audience by argument instead of simply looking.

This is the way most of us grow up to live, learn, and work. And it’s toxic.

Have you ever engaged with a truly spoiled child?

It’s tempting to think of spoiled children as cold, calculating brats, calmly deploying tantrums as tools of manipulation. But if you’ve ever been a spoiled child, you’ll know this is far from the truth. When a spoiled child doesn’t get what he wants, he feels like the world is spinning completely out of control. He is a victim of his emotions (and he really feels as badly as he acts).

A spoiled child literally can’t cope with the reality where things don’t happen the way he expects. He’s held prisoner by his feelings. 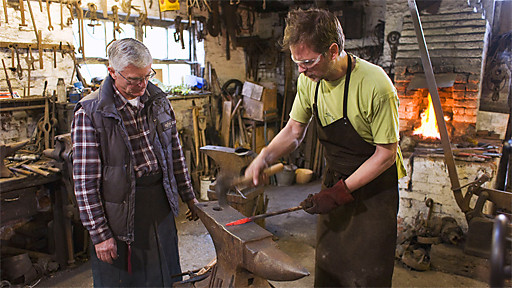 And a coddled child literally can’t cope when his excuses don’t work.

When the world fails to deliver the expected result to a spoiled child, or a coddled child, they feel like their world is ending. Their egos react accordingly, to force external change, to protect their mental model of the universe.

When you live and work in an insulated life — divorced from the end result of your work — you are spoiled. You’re graded more on your ability to please and manage gatekeepers than your work product. Gatekeepers are human; humans can be persuaded to accept excuses. That doesn’t apply to me. I know, but. I’m not good at that. What I really want to do is. The client said. I tried my best.

Find yourself dropped into a reality-driven environment and blam! Your carefully groomed gatekeeper skills are useless. Your ego is at risk. And it fights back. 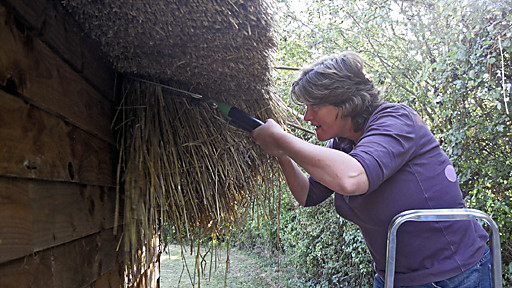 Stone doesn’t care if you’ve had a hard day. Iron won’t stay hotter longer just because you’re feeling hesitant with the hammer. If you don’t get your thatch right, it will leak, and that’s that. There’s no room for error.

It must feel terrifying.

In theory, yes. But in reality? Not these masters. There’s nothing more pragmatic than a blacksmith or thatcher in 2012. They’re pragmatic because they would never survive if they weren’t.

These masters know the score. They know they serve reality and no higher authority. They know reality can’t be denied. Whether that reality is the one where the fabric is flawed, the stone doesn’t measure level, the chair breaks, or the client won’t pay…their feelings don’t matter, their excuses won’t hold, and no amount of belief in their unique value will change that.

As the master blacksmith said, when the customer asks for “10 more of these” they’re going to be bloody upset when you come back with a newer, creative design and say “But this was more fun to make.” And then you don’t get paid.

This is the 21st century condition in a nutshell: We are abstracted people living abstracted lives. We don’t know how to live any other way. When we find ourselves suddenly butting up against hard, disintermediated reality, our egos cry out like spoiled children, and kick and scream and pitch fits.

That’s what happens when these abstracted people arrive in the workshops of the master craftswoman on Day 1, thinking,

“Gee, I work with fabric a lot. I could totally weave by hand on a loom. People hundreds of years ago did it. How hard could it be?”

The answer, of course, is incredibly fucking hard. Mindnumbingly hard. Weaving is like playing a pipe organ only with the opportunity to break and snap and knot and twist. Make a mistake, and there goes hours — maybe days! — of configuration alone. 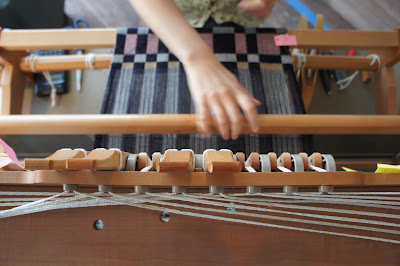 Mastering a craft is HARD. It’s HARD, and their spoiled little inner brats thought it’d be easy. No wonder they rebel. No wonder they indulge their “perfectionism” or chafe bitterly at boredom.

It’s this same attitude which leads you to abandon your project at the first sign of trouble. The same attitude which causes you to noodle endlessly on features. To delay marketing; to believe that if you build it, they will come. Or, hell, to ever build it or ship it at all. To seek feedback from your peers instead of your customers… to spend more time catering to venture capitalists than the people who’ll pay for your product. To lavish your energy on “innovating” instead of mastering the basics.

Infinitely more endeavors have failed due to childish misbehavior than due to the market, the economy, the customers, or the competition.

Business is a reality engine:

Don’t work on the basics every day? You’ll fail.

There you go: business in four sentences.

Business is truly a mastercraft. Attack it rigorously, honestly, and openly — and commit to mastering your spoiled inner child — and oh! the places you’ll go. Reality will become your fondest friend. Your driving questions will evolve from Does this make me sound smart? to Does this motivate a customer to buy? — from Gee, what do I feel like doing today? to How will I make my customers’ lives better today?

You’ll make things with your hands and your brain that will help people, people you get to meet, to talk to, to learn from. And you will feel rewarded. 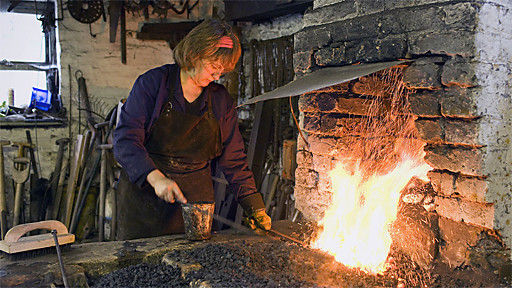 That is the decision you’ll face every day:

Or do you want to craft a real business and a real life, with reality as your favorite ally? Do you want to surprise yourself with how much you can achieve?

Do you have what it takes to become a master craftsman? 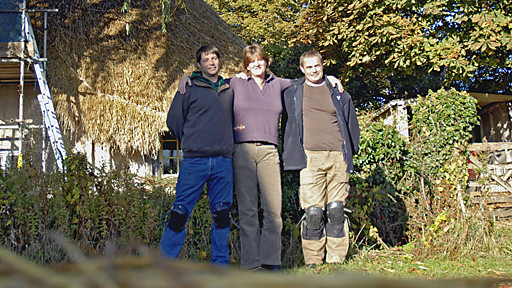 Tired of being pandered to?

It’s almost impossible to do it alone. Join our free Year of Hustle program below to put yourself on the right track!