Why I'm putting on a bootstrapping conference in Vienna 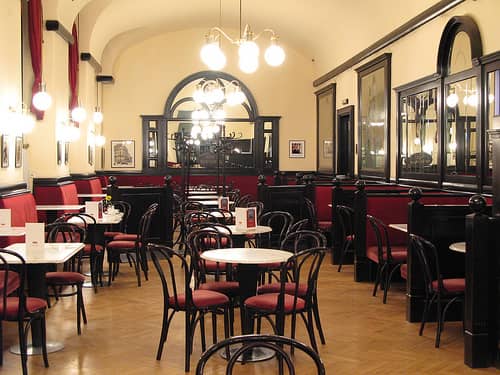 Despite what my former American neighbor said — “Eh, it’s all the same. They barbecue and drink beer, just like us!” — up and moving to Austria has been a total shock to my system.

So what’s a girl to do when she’s voluntarily excised herself from her meatspace social networks and moved to the land of glorious socialism?

Why… start a conference, of course!

I believe Europe is full of entrepreneurial spirit…

One thing I love most about Europe? All the little shops that have died out in America, like butchers, bakers, shoemakers, clockmakers, glovemakers and specialty shops for real honest-to-god locksmithing.

Despite this rich, immersive heritage of real-people-doing-real-business, though, tech product entrepreneurs fall almost exclusively into the — forgive me — shoot-the-moon-and-boil-the-ocean category. Lots of consultants and freelancers, yes — but nary a bootstrapper in sight.

At first glance, one can’t help but feel that the people here just… don’t… get entrepreneurship.

I’ve heard lots of sophisticated theories as to why this may be:

All of those reasons are true on some level — but on most levels, they’re bullshit. Those are the reasons that a very smart kid gives when asked, Timmy, why did you play football inside when you knew you’d break something?

They’re plausible. They sound good. They’re well-worn excuses that are easy to reach for. And they are wrong.

So what’s the real reason?

Why does anyone do things “on autopilot”? Why is anyone unreasonably afraid of a low-risk endeavor? Why does anyone simply not think of an obvious alternative?

Is it simply that they’ve suckled too long from the teat of glorious socialism? Or could it be…

A simple lack of role models?

By golly, I think we’re onto something! 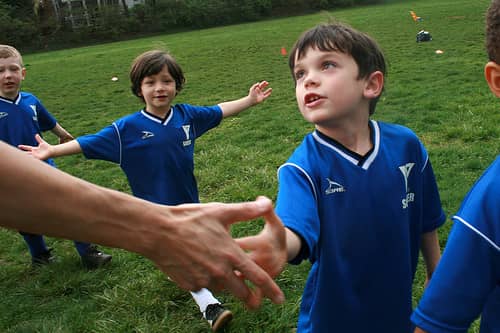 Somebody’s got a role model! Just look at those eyes! cc woodleywonderworks

Think about it: When you’re surrounded by people who do a certain thing, you know, without thinking, that you can do it, too. That’s why so many Austrians (and other Europeans) are unafraid to open a restaurant, café, or little shop. They’re not only not alone, they’ve soaked up positive examples their whole lives.

On the other hand, if you don’t know anybody doing a software-as-a-service or charging for ebooks, it can seem exotic and risky. It’d probably never even strike you as an option.

In Europe, there’s practically no one you can point to as a bootstrapper. If they exist, they are very below-the-radar. Or you don’t know that they’re European until you investigate.

They sure as hell aren’t normal, everyday, oh sure I know Jim down at Widgets for Business, he’s doing very well!

Don’t take my newly transplanted word for it — I’ve asked everyone I know to name any successful, established bootstrapped web companies. There are a precious few, a tiny handful. Most of my acquaintances were unable to name a single company.

A lack of role models.

I wouldn’t be here without my role models

So when I decided that I was going to make myself set down roots in this city if it killed me — I knew that what I had to do was be a role model and bring role models here.

I knew I had to try to create here the kind of city-network that I’ve watched my friends Tara, Alex, Tony and Dave create in SF, Philly, New York, and Baltimore.

Naturally, I never would have had the guts to take on such a big task if I hadn’t watched my friends do it. They are my role models.

That’s something I want everyone to have.

Why should people listen to me at all? That’s the first question.

Well, I thought to myself, People love parties. But I suck at throwing parties… but maybe I could throw a conference. (I happen to know a surprising number of folks who’ve run conferences… more role models that make this decision a natural one.)

And thus, Schnitzelconf was born.

Schnitzelconf will be September 7, in Vienna, Austria. One full day of nothing but bootstrappy goodness.

We’ve convinced some really fantastic people to come tell us their stories, 7 speakers in all. Of those seven, we’ve “only” announced half so far:

Yes, we’ve got folks who do digital goods, software as a service, and even downloadable software. They are all established and successful. We have an amazingly cool venue.

Schnitzelconf is going to kick ass.

Did I mention that Schnitzelconf is not-for-profit? I wanted to keep the ticket prices low and, honestly, it’s a labor of love. To earn enough to make it a sensible business decision, we’d have to charge thousands.

So, instead, early tickets are available for only 250€.

We’re batching the tickets so that people have time to arrange their cash to make it work — another thing most Europeans don’t do is buy things on credit.

The first 17 early bird tickets are already gone, and the next batch (of 13) will go on sale in early July. After that, tickets will be 300€.

Why you should come to Schnitzelconf

If your first reaction is “Eh, I could use that 250€ for something else,” I urge you to reconsider — and think of it as a business decision.

Schnitzelconf will be tiny — only 70 attendees total — to promote mingling. It will sell out, the only question is will you be one of the 70 who gets to meet and learn from people who are successful doing what they love?

That’s the kind of opportunity for return-on-investment you can rarely buy for a measly 250€. (Also, it includes food!)

That’s the kind of thinking you’ll need as a bootstrapper, whether or not you come to my conference.

Tickets will go on sale again in early July

If you want to get your paws on an early bird ticket at the lower price, you should sign up for our email list.

[1] All tickets so far have been sold to attendees in these countries: Austria, Germany, Denmark, Spain and the UK. I’d be delighted if people came from elsewhere, too!

[2] I could NEVER, ever, ever do this thing alone. Much love and thanks to the people who make it possible: my husband Thomas, and friends Harald and Alex.