You Are So Damn Lucky - Stop Blaming Your Family, Your Friends, & Your Society & Get Off Your Ass 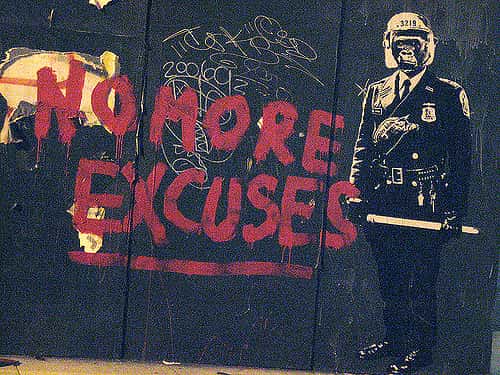 I’ve traveled the world. Well, quite a few parts of it, anyway. Enough to see a pattern, certainly. First of all, everybody, everywhere, is convinced that their countrymen are the worst drivers in the world. And…

Everybody, everywhere, is convinced that their country/city/family is the worst environment for creating a great business.

In Austria, people tell me how hard it is to create a business, and how terrible the taxes are. (Two things that I can tell you from first hand experience are, in fact, not so bad at all.)

In London, I’ve heard about how nobody will believe in you – and even investors will refuse to acknowledge your brilliance by giving you their money. I once read an essay that claimed that “only 1 in 10 business people ‘get it’” in London. Only.

In New Zealand, I’ve been told that folks daren’t do great things because of “Tall Poppy Syndrome” – that is to say, the tall poppy gets mowed. They say people in NZ resent and cut down anyone who strives to go above & beyond. You know, “Who do they think they are?”

And Tall Poppy Syndrome, of course, sounds remarkably like the “the nail that sticks up gets hammered down” – a Japanese proverb.

The Austrians believed that London and the US were better; the Londoners, New Zealanders thought the US was better.

Of course, the US is my home turf. I’ve lived most of my life in the US, and have more connections there than anywhere else. I’ve got enough material about the US for hundreds of essays:

And, perhaps most brutally of all, complaining about the absolute hubris and gall of their compatriots.

You know that famous, experienced iApp developer guy who announced he would start charging $1,000 an hour?

Well the “community” full of alleged “entrepreneurs” – mostly American, it seems – couldn’t have piled on faster with:

Could it be Tall Poppy at work? Or perhaps Stick-uppy Nail?

Call it what you like. I call it the Crab Bucket (after Terry Pratchett).

But… It’s Americans! The Land of Milk and Honey and Outsized Optimism and Supportive Parents and Embracing Failure and Money Money MONEY!

You probably know about OSCON, the mega-conf that O’Reilly Media puts on every year, all about Open Source. What you probably don’t know is that I was on the committee for several years running.

One year, I argued strongly against a certain talk proposal because it was badly written, without value for the audience…and I had bought the speaker’s book and found it to be positively dreadful.

My overall feeling was: Not On My Watch.

Later, when I was walking the halls during the conference, I happened upon a conversation. I happened to overhear that would-be speaker talking to a friend…

Railing about how her talk was “barred” because she was a woman.

It took all the self-control I had to keep my mouth shut.

Stop Lying To Yourself…And Everyone Else

That right there is the same principle at work, dear reader. The principle of the Big, Sexy Excuse.

It’s not my fault, it’s Society.

It’s not my fault, it’s my family.

It’s not my fault, it’s my vagina – and what other people think about it.

All Big, Sexy Excuses that’ll get you a little righteous anger, a little clucking sympathy, and a fat lotta nothing done.

Everywhere you find folks who buck the status quo, you find them drinking and moaning and blogging about why their family, their friends, and their society fails to support them. Why there aren’t more people like them. Why people don’t understand them.

Why they feel so damn alone.

This is a universal experience. It can’t be escaped.

And yet, there are those who kick ass anyway.

Those who don’t cuddle their excuses close like their favorite blankie. Who don’t hang their whining out in public like a white flag. Who don’t wait for some magical time when the stars align, for everything to be easy before they get to work.

Choose to be one of them.