Building Habits – Respect Your Cues, & Listen to Your Organs When They Talk

Here’s that adorable habit loop diagram from The Power of Habit: 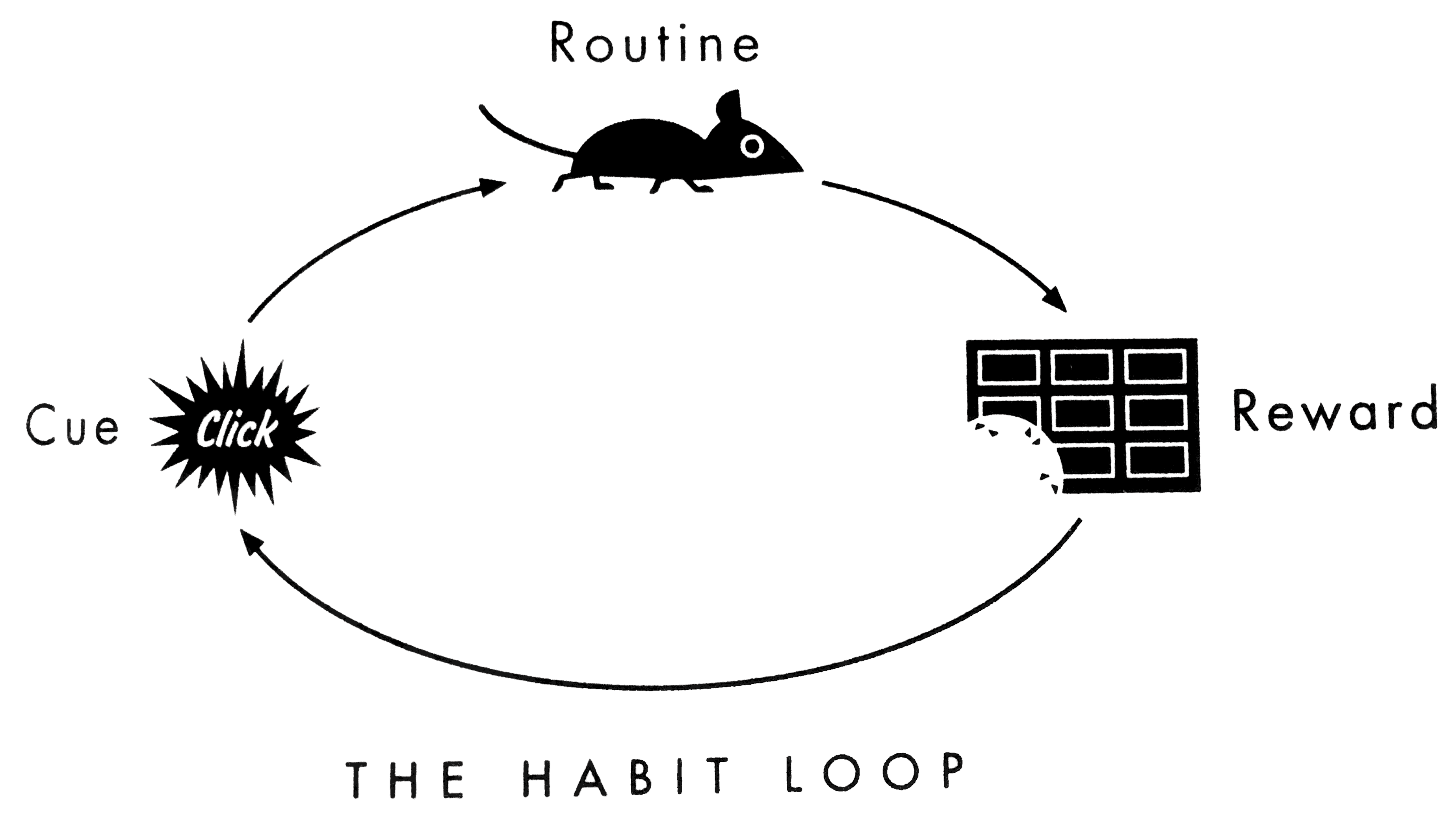 Last week, we established that I absolutely suck at habits.

Well, last week I had a theory: I suck at structure. This is undeniably true. I thought the next logical part of the explanation was:

And cues are what trigger routines. They’re the bottom part of the habit pyramid. And since I don’t have structure, I don’t have cues.

That makes sense, doesn’t it? I don’t brush my teeth because brushing my teeth is a routine waiting on a “Amy Is Going Out” cue, and I don’t always leave my apartment. No “Going Out” cue, no toothbrushing routine. Firm. Logical.

But over the past week, experience has shown me that, oh yes, I have cues. Lots and lots of cues.

And I’m absolutely fantastic at ignoring them.

My mother used to say that a bomb could go off while I was reading and I’d be none the wiser. Well, that’s not as true as it once was. But I do seem to have a remarkable and perverse ability to ignore cues… even the most biologically imperative ones.

Viz: I can’t tell you how many times, over the past week, I’ve caught myself resisting the cue to pee. 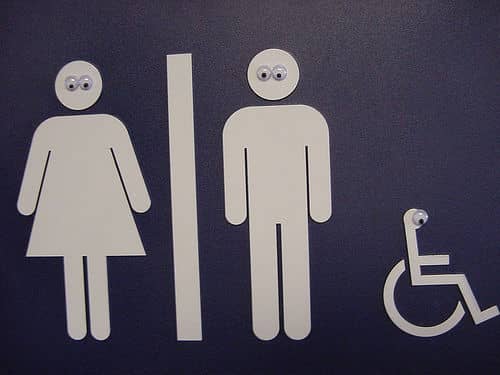 Even the Toilet Pictogram People are shocked.

Here I am, a grown woman, in an office full of friends, or in her own apartment – alone, even! my husband’s not even here! – resisting the urge to go to the clean, private, well-stocked, well-lit bathroom.

What the hell? Why!?

Because I’m doing something, natch.

Aside from the overall embarrassment of catching myself doing something so silly, this casts a shadow on my I Just Suck At Structure theory. A shadow in a Dick Tracy hat, who taps the ash off its cigar before asking me…

How can I expect to learn how to use cues to build a demanding new habit like daily exercise if I can’t even be trusted to empty my bladder when it asks me nicely?

Big fat (embarrassing) duh on that one, my friends. (Also, note to self: Shadows are dicks.)

I owe at least 90% [1] of this insight to my friend Colin, who riffed brilliantly on my rambling, incoherent post:

Example: if I walk into my room and cringe at the clothes on the floor, I should put some of them away. I don’t have to go on a cleaning spree, but I can at least hang one jacket up.

As for new habits I’m trying to create — I now start thinking about the cues I’ve set up for myself. An excellent example is invoicing. Normally I invoice twice a month, however my current client wants invoices only once a month and on a slightly different date than when I usually send them out. I do have a calendar event set up to remind me to send out invoices, but it’s not on the right dates.

Colin even has a catchy name for his smart new rule, which I stole for this post title: Respect Your Cues. He says, “What that means is that if I encounter a cue — either a new one I’ve consciously chosen, or a natural one that bubbles up from my unconscious — I absolutely should not ignore it.” Hence the “at least hang one jacket up.”

This makes so much sense it hurts. Or maybe it’s not the sense of Colin’s statement that I’m feeling.

Pardon me while I go… somewhere.

[1] The remaining 10% goes partly to my mindfulness in noticing, my absurd willingness to admit it in public, and of course, a small hat tip to the hilarious fact that I am, in fact, a girl who refuses to go pee. Which would be tragic if it wasn’t so funny. I’d like to thank the Academy…