EP11 - "I just need someone to hold me accountable." 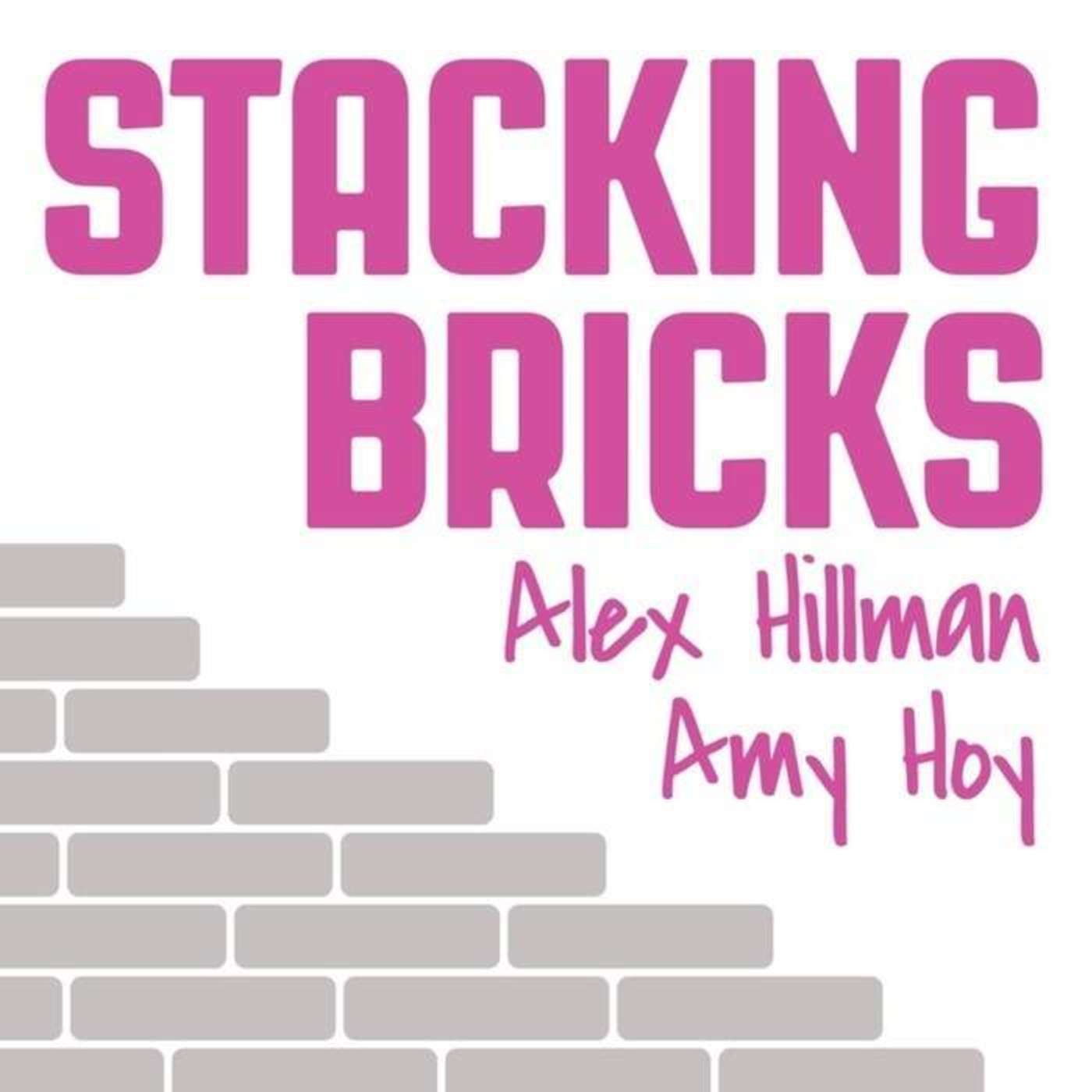 "I just need someone to hold me accountable."
"If only there was a community where I could get advice…"
"Let me tell you my plan…"

Have these phrases ever passed your lips? And then you failed to 1. execute
your plan, 2. take action on the advice you received, or 3. be accountable?

I'm going to assume the answer is "Yes," because it's a mistake we've all made before. Although some of us longer than others.

That's what I did for about a decade before shipping Twistori, before Freckle, before JavaScript Performance Rocks! — before 30x500. I used to talk about the business I would build, some day. The software I would design, some day. I had HUGE ambition.

I was always looking around for something that would make me do it.

And I learned: There's no such thing.

There is no force on earth that can make you do something. Really — nothing.

Even if a moustachio'd highwayman held you at gunpoint and demanded "YOUR LAUNCH DATE OR YOUR LIFE," you would still be choosing between consequences: Do I ship? Or do I take the bullet? You get to choose. You cannot be truly forced.

Nobody does, not for long.

So you say you want "an accountability partner," and that lets the pressure off, and then… nothing gets done. No surprise there: you relied on the pressure, and then you let it escape. Accidentally on purpose.

This is a pattern I've seen over & over in myself, before I decided to get over it. And in the last 5 years I've seen it in so many of our students.

It's one of the core causes of failure and if you want to succeed, you need to address it.

To help you, I recorded a little Amy Productivity Psychology Story Time for you. I explain the why, the wherefores… and what to do about it.

Amy Hoy: What do you think that I would learn from five years of teaching people how to create products that will actually sell?

You’d think I would learn something about business, right?

There’s a lot of details, but the core of business is very simple; Peter Drucker said the goal of business is to create and keep a customer. That’s it. Your job is to cultivate a sales relationship, create a buyer and then serve them. It’s really easy – in that sense at least.

It’s everything around it that’s hard. No, I haven’t learned anything new about business itself in five something years, other than some implementation details. What I’ve learned is a lot of human psychology.

When I started out, our students would say things like, “Oh, what I really need is an accountability partner. I need someone to hold me accountable.” Or “I want an accountability group” or they’d say something like, “If only there was a community where I could talk to my peers and share my troubles and get advice, then I would do it.” Or they would start off by saying, “Let me tell you my plan. This is my plan.” And then they would lay out a grand, grand vision, which is of course, what all those blog posts used to tell you need – big, big, big goals.

Well, after two or three years of hearing this from people, I realized every one of these phrases was actually a precursor to failure. And so, bizarrely, is extreme excitement. Let me tell you why. What is it that makes you get up and do something – physically or metaphorically? There’s something inside you that desires to do it, or to have the thing done. The thing that doing it gets you – nothing wrong with that, by the way, wanting a result.

What is that force? People say, “Oh, it’s motivation.” Well, what does motivation mean exactly? And this is a trick question because I don’t know if you read my blog, but I’m against motivation as a thing. Well, motivation literally means a force that moves you. Motive, as in locomotive, automotive, emotive, all has to do with motion.

Speaking of locomotive, you can think of the motive force that compels you to do something as the pressure in a steam engine. Old-fashioned because humans don’t change. When you say, “I need an accountability partner.” Or “If only I had a community mailing list”, or “If only someone would make me do it”, or “If only I had the right equipment” or, “Hey, I bought the right equipment! Let me tell you my big plan!”

You’re basically flipping a switch; a valve, a release valve. The steam just comes pouring out and your locomotion comes to a stop. I first shared this idea in an email that I titled ‘Pressure Valves or The Fun Way to Fail’, because letting out that motive force, letting it bleed from your misconceptions and your mouth, it’s one of the surest symptoms of future doom that I can find, and I’ve seen it over and over, and you’ve probably seen it in your friends and let’s be honest. You’ve probably seen it in yourself too, right? I know I have. So don’t think that I’m standing here and judging you. I’m not. Really, really not. I used to be just that way. That’s how I know that what I’m saying is true. Not only have I observed it in my students, I observed it in myself for years.

I was a big talker, not a doer. I think about it like running, let’s say you decide you’re going to be a runner. You buy fancy running shoes. First thing. Does that help you run? Do you run more? Did buying the shoes make you run, or does buying the shoes scratch some sort of weird perverse little bit of self-satisfaction that means you don’t need to run anymore? You’ve done something.

Speaking of making you do it, what does that make you think of? Guilt.

So here you are, this human steam engine. You’re not moving anywhere, because you’re letting all the steam out. There’s no pressure to move your pistons, so to speak. So what do you do? You shovel more coal in the fire. You try to lay on the pressure, but if that doesn’t work because you’re leaking steam left and right, shoveling more coal in the boiler won’t do a thing for you. That’s guilt, by the way. Guilt is laying on pressure, which is leaking out everywhere else. It doesn’t work. But releasing the pressure and then guilting yourself – it’s this vicious cycle. It just continues itself.

That’s the problem with accountability groups and announcing your big plans or trying to hire a boss. Where buying the fancy equipment, or a pair of sneakers could be a domain name, right? You have a great idea. So, what do you do to prepare to make it? You buy the domain name. Then do you ever do it? No! Because it’s a pair of sneakers because you’re like, there goes the pressure!

I know I’m torturing this metaphor, but the thing is, it fits doesn’t it? It fits. This is all backed up by research, by the way. Guilt, especially self-incrimination, doesn’t make you work. People who voiced their plans, people who have the most, I believe the phrase was the “most delicious fantasies of doing something” are the ones least likely to do it. Whether it’s approaching someone to ask for a date or just sitting down and doing the unsexy, but forward moving work, to make it a reality.

It was only once I stopped talking that I really started doing. Now I don’t tell people my plans, unless I’ve actually earned the right to do so. Now I’m not telling you, you don’t have the right to talk. And I definitely am not telling you to say to yourself, “Well, you haven’t earned that, you’re bad. You need to work harder before you can do that.” No, because that’s guilt! But I stopped talking about something unless I have already made an effort. So I wouldn’t catch myself in this situation of letting my big mouth release all the steam, because once you’re actually moving, once you’re seeing the countryside go by – I really need to quit with this train metaphor – once you’re really moving, once you’re seeing the results, you don’t need the pressure anymore.

That’s why we’ve redesigned 30x500 so many times. I used to think that an accountability group was what people needed and some lessons on the side would be helpful, but it turns out if you just tell people what they need to do, in a logical fashion, they won’t do it. And if it turns out, if you give people a mailing list, mostly what they’ll do is write really long explanations, why they can’t possibly do anything.

So we took away the mailing list. We made it a bootcamp. If you don’t show up to a boot camp, there’s no way to lie to yourself that you’re making an effort, but the bootcamp’s not really an ideal format for most people, even though it helped a lot. So the new 30x500 is designed for you to work on your own, but because you don’t have that pressure of being in a place at a certain time with other people, we’ve designed it so that you can get those results as fast as possible.

Watch a video, do an exercise, get a result. That’ll help you keep going and going, but only if you’re ready and willing to shut those pressure valves off, to stop looking for some outside force, that’s going to shove your ass up the hill. You’ve got to take responsibility for your own actions without guilt to stop talking and start doing, to stop buying sneakers.

In a million potential universes, leaving your fate up to someone else is never gonna work out well for you. There is no positive alternative timeline here. It’s never going to happen. Pull that responsibility back into yourself. Stop letting the pressure out. You can seek support, but only once you’re already in motion, otherwise it’s just another way to stop going.

Go out. Find a way to start getting little results on a regular basis – daily basis if possible, to replace the pressure driven system with a results-driven system. When you start seeing results on a regular basis, you’re going to feel so good. You’re going to want to do it. You won’t need a motive force; you will desire it. You will want to sit down and do it. That’s how I keep coming back to writing, design and teaching and running my software company. Even when I’m sick all the time, I don’t feel obligated. I want to do it. I’ve just fenced with the pressure and the guilt.

It’s hard to understand how good that is until you get there yourself. I don’t think there’s anything I can explain to you that really will make that clear. But trust me, it’s on the other side and it is worth it.