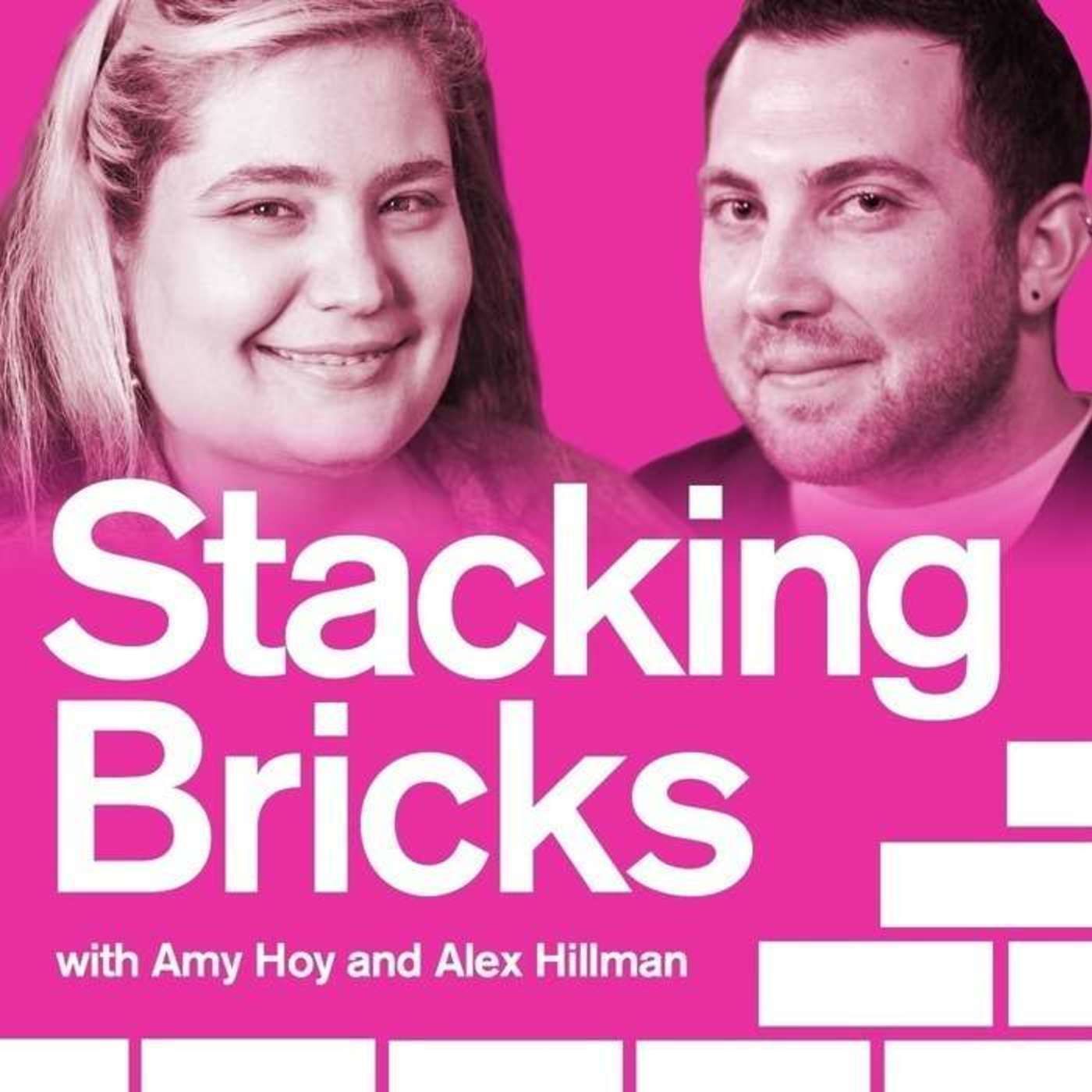 Got 5 minutes? Then let Amy give you a swift kick in the ass.

Listen to this quick, bite-sized episode of Stacking the Bricks to learn why business is unlike any other game you've ever played.

Need another swift kick in the ass from time to time?

Subscribe to Stacking the Bricks for more and join our spam-free email list for more stories from the trenches of building our businesses, interviews with real entrepreneurs like us, helpful (and free) how-to resources, and a whole lot more.

Amy Hoy: I’m Amy Hoy and this is your swift kick in the ass.

Is business like Candy Land, where if you follow the rules and take one step in front of the other, you inevitably end up at the end and winning?

No, there is no, absolutely step-by-step formula where every single thing that you ever try will work and move you forward, and it is just a matter of getting there before other people.

Is business like Snakes and Ladders? No, there’s no arbitrary scenario that can happen that can cause you to fail capriciously for no reason with no anticipation.

So, is business like chess? We know that business is a strategic game – for certain – and chess is a kind of game that you can spend your entire lifetime and still not master. It’s about strategy. It’s about studying your opponents, it is about studying the history, understanding how the pieces move and the board works.

But business is not like chess. It’s strategic, but there’s no opponent. People like to paint business as a game with an opponent so that they can aim their sights on the one to beat. For example, with our business, Freckle, our natural opponent would be Harvest Time Tracking, but we don’t need to worry about what Harvest is doing because it’s a big enough world for all of us.

We don’t need to beat Harvest; we can grow our business without even taking away from Harvest. So the idea of there being an opponent is a frame that doesn’t work.

So, what is business like then? Is it like Tetris, a constant barrage of scenarios that you have to deal with in order to survive? No. It’s true that in business that there’s not an active goal exactly; a winning scenario where you hit it and then you’re done. And then you’re done with the game forever. Some people think selling their business is that winning scenario, but those people often end up founding another business, which goes to show there’s no end to the game of business, but at the same time, business is active.

You’re not constantly defending or game over, not constantly trying to make lines of bricks disappear or you die. If you spend all of your time on your business reacting, you will fail. Don’t play business like a game of Tetris.

No. Even though there’s no opponent, business is not a game that you can play by yourself. I’m not even saying that you need a team, because there are a lot of businesses out there that are one or two people. That’s not what I’m talking about. But business is a game that you play in order to serve someone else; if you do not serve a customers need, you will not be able to have a business because there will be no one to transact with. There’ll be no one to give you money for your good or service. And if you don’t have someone to trade with and you don’t have a business, so business is not like solitaire.

The fundamental problem with thinking about business as a game is the idea that there’s an opponent, that it’s capricious, that there’s a point at which you either level up or die, that there are defined stages or exact steps that you can definitely take that will definitely always work.

The real issue was thinking about it as winning or losing. Business is not that kind of game; business is a game where you can not win and yet not lose. If you launch a product and people don’t like it, it doesn’t mean you’ve lost, you don’t have to start over. You can adjust and you can try again.

The game’s not over you, haven’t lost. You just didn’t win. So, if you write a blog post and people don’t like it, that’s fine. You didn’t lose. There’s no reason to freak out and throw your cards in the trashcan. You just didn’t win. Business is a game where you can make incremental progress. Even when things don’t work, you’re not sent back to the beginning like Snakes and Ladders; you stay where you are and you can try again and you can move forward the next day or the day after that.

In other words, business is a game of life. So, the next time you find yourself saying, “Oh, I lost”, or, “I can’t do that”, “What if I do this and it doesn’t work?” Remind yourself – that’s not game over. You’re the one in control.

And if it works, you’re not done. And if it doesn’t work, you’re still not done.

Show up and play again tomorrow.